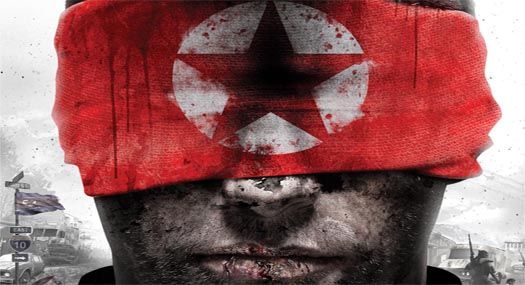 How probable do you think Homefront's scenario is?

It's frighteningly possible. Too many things have already taken place in the real world that foreshadow events in the book. For example, it was announced that Kim Jong-un would succeed his father's rule over North Korea-- we predicted that in the Homefront universe long before this news was recently made public. More trouble in the Middle East (such as what's going on in Egypt) will lead to higher gas/petrol prices, which contributes to America's economic downturn. The upcoming 15 years that we speculate are not pretty. Gave me the shivers writing the book.

What would you do if you’re country was invaded by a  totalitarian regime? Would you join the resistance?

I'd like to say I would, but who knows? I'm not of "military age"-- I'm middle-aged and don't like guns.  :)  It's difficult to imagine what one would do in such a situation.

Did you do any research into historical resistances to get a feel into how they operated/what it was like to be in a resistance cell?

Yes, I did. Actually I did a lot of research at Copenhagen's Resistance Museum many years ago for a possible project I had planned to write, but the project never got off the ground. Since Homefront takes place in my own backyard, so to speak,  it's not a big leap to imagine what the resistance would be like. One advantage resistance groups would have in the USA is that the country is so large... there's no way Korea or any occupying force could be everywhere at once.

What were the influences for your take on Homefront?

John Milius, the creator of  the Homefront universe and my co-author, is responsible for many speculative visions of apocalyptic scenarios. Red Dawn is a good example. So naturally, Milius' early work permeates  the material.  Oddly enough, my inspiration for the scenes in Las Vegas, in which the casinos are run by candlelight, was Stanley Kubrick's  Barry Lyndon, which also featured some 18th century gambling halls lit by candles!

What is your prediction for the future? Do you think America’s power has peaked? Will North Korea remain a closed communist state?

I'm no political soothsayer. I don't want to believe any of it. No, I don't think America's power has peaked. There are always bumps in the road. Look at the Great Depression of the 30s-- the outlook was very, very grim during those days, but we recovered. As for North Korea, it depends on the kind of leadership Kim Jong-un will perpetuate. Will he be more progressive? Will he continue his father's policies? Only time will tell.

What attracted you to writing this story?

I was fortunate enough to be asked! However, once I understood the concept and met with those involved in the  project, I immediately said, "Yes." I knew it would be exciting and it was indeed a lot of fun to write. We're hoping that sales of the book and game will be healthy so that we can do more books!

Obviously America is in no immediate danger of being invaded by North Korea, but what scenarios did this imagined future throw up that you enjoyed writing about?

As I mentioned earlier, my favorite sequence in the novel is the Las Vegas section.  The "escape from Los  Angeles" chapters in the early part of the book were also great fun to write. The nightmare imagery of the days following the EMP blast and how the civilian population reacts to something as simple as no electricity or running water--while terrifying--was a blast to write.

Do you enjoy playing video games? Do you like first person shooters? What’s your favourite?

I spent over a decade as a computer game designer, working for such companies as Origin Systems, MicroProse Software, Cyberdreams, and Viacom New Media. I was on the ground floor of the industry, having wrote and designed by first games in 1985, just when PCs were  coming into homes.  I am well-versed in the world of videogames, although I haven't been involved with game-making since I became a full time novelist in 1997. I've also written other game-related books, such as the first two entries in the Tom Clancy's Splinter Cell series (as "David Michaels") and  two Metal Gear Solid books. While I enjoy the scenarios of all these games, I must admit I'm not very good at playing them! I always die in the first five minutes. My own experience with games leans more toward  the role-playing story-based adventure games, like Ultima. I was a huge fan of the early Infocom text-adventures. I'm more of a puzzle-solving gamer.