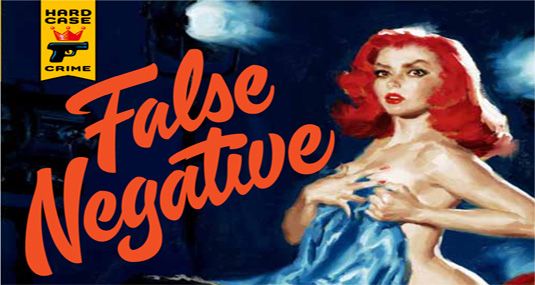 There were no cops at the beach. No dog-walker. He pulled off the pavement, keeping out of the soft sand. From the dunes he watched a cruise ship strung with colored lights sailing to warm waters. A black pup was hunkered by the tide line. He kept an eye out for its master until the animal wriggled into the surf on stubby flippers, and dove under the waves.

This wouldn’t be the first time a 10-54 had led to nothing. The body might be a driftwood log, or not that much. A prankster’s day at the beach.

The funny pages swirled around his ankles with the debris from picnic lunches and Coney Island whitefish. Plenty of those. In a cleft in the dunes he spotted a blanket spread over brittle beach grasses. The sea breeze fluttered the corners, threatened to carry it away. But it was anchored by a woman curled on her side.

Wet sand coated her face, which was turned away from the rain. She was barefoot, in a pleated skirt and cashmere sweater. A silk kerchief was tied across her mouth, and her ankles, knees and thighs were bound with a single piece of rope that was also looped around her throat. If she had tried to free herself she would have strangled, and it seemed to Jordan that was what she had done. Handcuffs cinched her wrists behind her back. Jordan pictured her killer crafting the tableau on the blanket, stepping back from time to time to appraise his work.

He scraped the sand from her cheek, and tilted it toward himself. She was a beautiful woman dead for several hours whose looks hadn’t begun to fade. He reproached himself for being sentimental. Beauty was the cheap accolade that newsmen rewarded automatically to female victims of murder.

Adam Jordan didn’t have a sentimental bone in his body. The dead woman had flame red hair, and a shape on the neat side of voluptuous. Her skin, colorless now, was unblemished, and he would write also about her fine jaw and the sensitive cast of her features. If he drew back her lids to inspect the color of her eyes, who would reprimand him for doing his job?

But his readers would have to get along without that information. Perhaps a sentimental bone or two.

A couple of men tramping across the dunes made him think of The Lost Patrol, his favorite desert movie. A Mutt-and-Jeff team in blue uniforms with yellow piping. They waved him back from the blanket, and then told him not to move. Troopers Michael Brannon and Dennis Riley were attached to the state police barracks in Absecon where Jordan prowled for fatal accidents around the winter holidays when drunk drivers terrorized the roads.

“You called it in?” Brannon was the tall one.

Riley, pouring sand from his shoes, said, “What were you doing with her?”

“Keeping her company while she waited for you. Long wait.”

“Have the M.E. see if the corpse was sodomized,” Riley said to Brannon.

The needling was not good-natured. The real crime for Brannon and Riley was a reporter beating them to the scene, and mentioning it in his paper.

“She’s hog-tied,” Brannon said. “You were in the Navy, Jordan. You must be handy with a rope.”

“I was an MP at Fifteenth Army headquarters in Vienna under General Clark,” he said. “All thumbs. I washed out of the Cub Scouts because I couldn’t tie a slipknot.”

Brannon and Riley were adept at chasing speeders, and refereeing domestic disputes. In their largely rural county homicide was a rare occurrence for which they prepared with a three-week course in forensic investigation. Usually it meant one of the family squabbles getting out of hand, and a remorseful spouse in a bloody nightgown or pajamas waiting by the phone for arresting officers. A murder entailing a search for the killer came along a couple of times in a decade. Riley went back over the dunes to radio for assistance.

The rough wool blanket was khaki-colored. Two of them together hadn’t kept Jordan warm in his billet in Austria. The troopers were not interested in his observations. They had observed the wind picking up, and that it was unnecessary for both of them to freeze while waiting for back-up. Brannon took cover in the lee of the dunes, while Riley sat in their car. Adam Jordan remained with the woman on the blanket.

A fierce gust blew the pleated skirt above her hips. She was wearing sheer panties several inches below the line imprinted in her waist by the elastic. They were on front to back, the label on the outside. Jordan turned his back to the wind, and scribbled in his notepad.

He would eulogize her with tenderness. In the squalid circumstances of her death was a story more compelling than Conrad Palmer’s. He would polish its lurid detail into a cautionary tale, every parent’s nightmare. It would be his ticket out of Atlantic City and into journalism’s major leagues. His and hers.

Brannon hadn’t quit flashing him dirty looks. Something was wrong with a man who kept close to a corpse. A creep who got his thrills looking at murdered women. Riley might not be off the mark about him. A car door slammed. Brannon elbowed him aside, and stood closest to the blanket.

Coming across the dunes with Riley was a man pressing a fedora against the back of his head. He was ruddy and beer- swollen, Irish—as were most state police in New Jersey—Irish and something else. The wind snapped back the brim, and Jordan got a look at a crumpled pompadour sprinkled with gray.

Detective Lieutenant Ralph Day knelt beside the body as the troopers filled him in. He plowed the sand with his fingers, lifted the corners of the blanket, and swept underneath. He climbed to the top of the dunes to view the wider scene, and sent Riley and Brannon to hunt for evidence before their curiosity ran out. “This is how you found her?” he said to Jordan.

The wind had straightened the dead woman’s skirt. Jordan didn’t tell Day what he’d seen under it. “I know better than to interfere with a crime scene.”

“I didn’t ask if you know better.”

Day did not like having reporters around. Cases were blown cozying with the press. Pensions were lost. If it were up to him the Bill of Rights would be revised—the article guaranteeing Freedom of the Press—and while they were at it he would also tell the states to narrow the rights of suspects in criminal cases.

Unlike killers and their victims the police were all of a type, taciturn men from working class families innately suspicious of the civilians who paid them. Fair game for Jordan to coddle, massage, flatter, bribe, pressure, threaten, trick—whatever it took—into giving up their secrets. In the city room where he was admired for being a fast writer careful with facts, he accepted kudos only as an expert at manipulating cops. And also for protecting them from prosecutors and judges by refusing to discuss—even under subpoena—what they told him.

“It would be pure speculation.”

Speculation put men in prison. From a conscientious investigator like Ralph Day it was often closer to fact than anything heard in court. “I’ll take what I can get.”

“So you can use it in quotes with attribution?” Day said. “I’ll pass.”

He might do that. He’d burned sources before. Anything he could get out of a cop at a crime scene was gold.

“The body is bound with rope, cuffs, and a silk gag. That must tell you something.”

“Okay, here’s what I have for the Press,” Day said. “Foul play suspected.”

Two men wearing Eisenhower jackets were making the trek from the road. One of them battled the wind to keep an umbrella over the head of an older fellow toting a doctor’s satchel. Sam Melvin, the Atlantic County coroner, put down the bag on the dead woman’s hips, and invited Day under the umbrella. Jordan stepped close to listen in.

“…Cornell by two and a half touchdowns,” Melvin said. “Princeton’s gone soft since Kazmaier left.”

“Tomorrow? Tomorrow’s Sunday. Oh, you mean the pros. I don’t follow them. They’re soft, too.”

They talked about the weather while Melvin had a look at the corpse.

“Evidence of petechial bleeding,” he said as he raised the eyelids.

Jordan made a note that the eyes were light blue.

Melvin lifted her head, started to undo the gag.

“Hold off,” Day said. “We haven’t taken pictures yet.”

The coroner wiped off his hands on his coat, and offered Camels all around. Brannon shot a roll of film, discarded the burned flashbulbs among others in the sand.

A worm of ash fell in the woman’s hair as Melvin worked off the gag. Her mouth was agape, frozen in a smile that Jordan planned to describe as hellish if a better adjective didn’t come along. Melvin forced two fingers between her teeth, and pinched out some gauzy material. He unrolled a nylon stocking, fished in her throat till he had its mate.

“She must have put up an awful squawk,” Brannon said, “to make him want to shut her up like that.”

Jordan didn’t think the killer had tired of hearing her scream. He’d seen stranger objects retrieved from the bodies of murder victims, not always from the mouth. Not only from women.

“I’m going to remove the rope now, and palpate the limbs for a preliminary time of death,” Dr. Melvin said.

As the coroner looked in his bag for a scalpel, the men in the Eisenhower jackets rearranged the body. Day noticed the hand- cuffs, pointing them out to Melvin.

“Why don’t I bring her to the morgue before everyone comes down with pneumonia?” Melvin said. “Stop by with a locksmith. Unless you’ve got someone in your jail who’s good at picking cuffs.”

The attendants opened a canvas stretcher. Melvin stopped them before they could transfer the body from the blanket.

“There’s no wedding ring,” he said to Day.

“It shouldn’t be hard to get her ID’d, even if she’s single.”

Jordan knew that Day would give him the quote he was looking for. He’d been figuring a way to get it in his story if no one actually said it.

“She’s a good-looking girl. Somebody wants her back.”