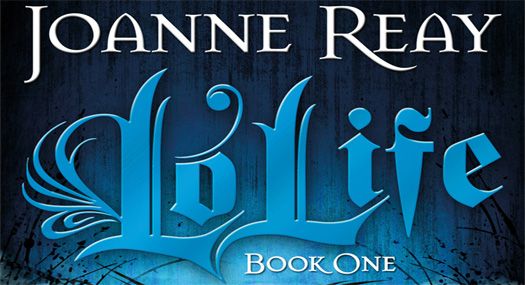 “What does it mean?”

Bianco screws up her face, thinking hard. Trying to remember.

Exhales loudly, puffing out the black hood that still wraps her head. Surely someone, at some time, must have told her what the acronym stood for.

She’s heard many a cop refer to the SCURO Bureau the “Screw Loose Bureau.” Such locker-room ridicule serves to mask a deep unease in the rank and file about this shadow agency and its obscure operation. Rumors occasionally arise of cops who get summoned to a debriefing and never come back.

But Bianco didn’t get to where she is today by listening to rumors.

She explores the rough floor with the heel of her shoe. Not that I know where I am today...

But there’s one thing of which she is sure. She knows why SCURO pulled her in. It was a report she filed on a missing girl called Maddy Pool.

It was a strange case from the start. Maddy was an overweight teen with bad skin and braces. The club where she worked as a coat-check girl was an elite joint, frequented by thin, tattooed creatures with blackpainted lips. Any flesh not pierced was scored with self-harm scars. It was an underground club in every sense. Set up in the old city sewers, it had a long track record of member’s taking their own lives, a fact which found an ironic echo in the joint’s name: The Sewerside Club.

Bianco had been called here to bag up wrist-cut sluts too many times before. But this body-collect was different.

There was no body. Just a strange carbon burn mark on the floor of the coat-check kiosk, in the shape of a fat corpse.

Filling out her report, Bianco had used the words spontaneous human combustion, even though she knew this phenomenon belonged to the realms of science fiction.

The file must have gone straight to SCURO.

That was months ago... six months at least. Maybe more. A year? No, not a year... Her thoughts are blurring. And with a rush of fingers, she claws at the hood. She is loosing consciousness, her brain operating now on adrenaline alone. With a wrenching tug, the hood comes free. Long, dark hair tumbles out, crackling with static. Heaving back as she gasps for air.

What in God’s name... ? Were they just gonna let her suffocate in there?

Or were they testing her? How long before she defied orders not to touch the hood?

Breathing deep, she rakes back her hair, revealing a pale face, sharp with cheekbones. The eyes are dark and deep, close- set like a predator’s.

She looks left and right about the room. She’s in some kind of derelict loft. The vast space houses vats and pumps, rusted remnants of a soap-making factory. There is still the faint smell of lily of the valley. Strangely at odds with the sinister chill that creeps down Bianco’s spine.

The only available light seeps through the barricaded windows. The rays are thick with dust and strain to bounce a few feet from the floor. And so a darkness fills the void above her.

—something hurtles down, skimming past her skull and crashing into the floor.

Bianco jolts, looks down. At the foot of her chair is a clipboard. A crude artifact of plywood with paper jammed beneath a rusty clamp.

Bianco glances from the floor up to the darkness, unsure whether she should expect anything more.

Silence. Nothing comes. Then a deafening whine of white noise that finally resolves with a loud sonic pop.

And a cough, as a deep voice crackles from an unseen speaker suspended somewhere in the gloom.

“We ask that you record the events that you witnessed. Be accurate. Be truthful. Good afternoon.”

A second pop signs off the command.

Bianco pauses, then gathers the clipboard. A pen dangles from knotted string.

You gotta be kidding.

The most feared of all federal agencies and SCURO turns out to be what—a clipboard and a Biro?

Bianco flips the paper. Clicks the pen. Is this another test?

If she cracks some combination, will she activate a secret entrance to the real headquarters hidden below?

Her fingers explore the pen shaft and soon she finds a button that, when pressed, releases the barrel. A spring flies from within and a moment later she makes a discovery.

That she can’t put the fucking thing back together.

It’s just a pen. In fact, without the spring it’s less than a pen, as no amount of clicking now can force the nib to come.

Bianco frisks her own pockets, finds a pencil. She stares at the rounded point, almost worn away, and wonders whether enough graphite remains for her to commit her account.

And then she stops, smiles at her own stupidity. Shouldn’t she be asking herself a different question?

Am I going to tell them the truth?

The top brass already fear that she is halfway to crazy. What she writes here could confirm it and kill her career.

She hasn’t lived her life by many rules but one: Truth... and consequences.

She grits her jaw, not about to change. And with bold strokes she begins. Three words, writ large:

She moves to underline the title and then halts, remembering she’s short on graphite. She needs to keep this brief. Just tell it as it is.

Walking amongst us—looking, sounding, and acting just like us—is a type of demon called the Tormenta. and as demons go, they are particularly...

She pauses. Searches for the right word, settling for:

Then her pencil halts again. So much to say.

Maybe she should tell it just as Lola told it to her. Because dammit, that girl sure had a way of making it sound simple.

Bianco thinks back to the moment of their first meeting. She had been sucking on a cigarette outside the station morgue, trying to make sense of the autopsy report in her hand. Her latest case was Gina Avner, a hostess at the Sewerside Club. A pretty, pale-skinned creature, no more than twenty-two. But according to the medical examiner, her bones were over four hundred years old.

A mistake, gotta be!

Then it happened: a hand locked hard about her neck and the muzzle of her own Magnum, impossibly pulled from its holster, twitching an inch from her chin.

“Do I have your attention, Detective?”

Bianco found herself staring at a swath of cropped blond hair, the only feature of her assailant visible in the darkness. She mustered a nod.

Lola’s voice was no more than a whisper but it seemed twisted tight, sinking like a needle into her ear.

“Humans are born with a predetermined life span, an allotted number of years to live. Some consume their spans and pass away. Some have their spans prematurely snatched from them by murder or mishap. But some surrender their lives by choice. Humans call it suicide. Tormenta call it opportunity.”

Bianco feels the grip on her shoulder loosen a fraction. When she doesn’t move, it loosens further. But the gun goes nowhere. Bianco can still smell its metal breath.

“At the moment of the suicide’s death, Tormenta can siphon the surrendered life span. Every unspent year refuels them. Rejuvenated, they will live out these stolen years. And when those years come close to expiration, the cunning Tormenta will begin the search for the next fuel stop. The next fragile human that they can sucker into self-death. Because the life span must be surrendered, not taken. This is the only way it retains its purity and potency.”

“From their method comes their name. They torment their human prey into giving up their lives.”

Bianco swallows, attempts to speak, but no words come. She licks her lips, easing a path, and tries again.

“You—you say these Tormenta walk amongst us... in plain sight.”

The Magnum twitches, not committed to retreat.

“So you’re saying that I have seen one—I just didn’t know.”

Lola leans in closer now, almost chummy. “Ever heard one of those stories... about the old guy with a trophy wife who drives him to drink and then to divorce? Stripping the house of everything he’s ever worked for. But maybe she deigns to leave him just one thing: his study desk. The one, conveniently, in which he keeps his gun... She’s probably gone no more than a day before, broken and bawling, the guy blows his brains out... Or how about the story of the little girl in the church choir, so pretty, so tempting beyond her tender years, she seduces the young pastor. He hangs himself from the church rafters, no doubt compelled by her threats to expose him. Or maybe it’s the tyrant boss, who promotes some kid so fast and then—just when the kid has bought the car and the penthouse and run up a ton of debt—he fires him, with the whole floor watching. They pull the poor kid’s body out from under the train the very next day...”

Bianco feels her head nod. The department’s suicide file is full of scenarios just like this.

“Tormenta come in every human form, each with its own particular grift to get you to surrender your span. Gina Avner kept it old-school. She played the bully bitch.”

“And Maddy Pool... was her victim. Gina bullied and abused her until she... But now Gina’s dead, one clean shot to the...”

A silence hangs. Bianco glances down at Lola’s gun.

“You killed her, right?”

Lola holsters the Magnum. “It’s a lot to take in.”

“Take a minute. Have a smoke. You’ll have questions.”

“Actually, I got one now.” Bianco pulls out her soft pack, taps a stick. “Who the blue fuck are you?”

A bell suddenly shrills from the soap factory wall.

Bianco jolts back to the present. Looks at the paper on her lap.

She has written nothing. And she knows why.

The truth matters. It is her creed. But sometimes, there’s a truth that matters more.

Being a cop is about right and wrong. Working with Lola is about this world and the next. And maybe the one after that.

With a loud shunt, a narrow hatch slides open in the floor below her chair. She waits for a command, but none comes. And so, with careful fingers, she eases the empty clipboard into the slot, feeling something snare it below, snatch it away.

She’s given SCURO nothing.

That may be bad. The slot snaps shut.