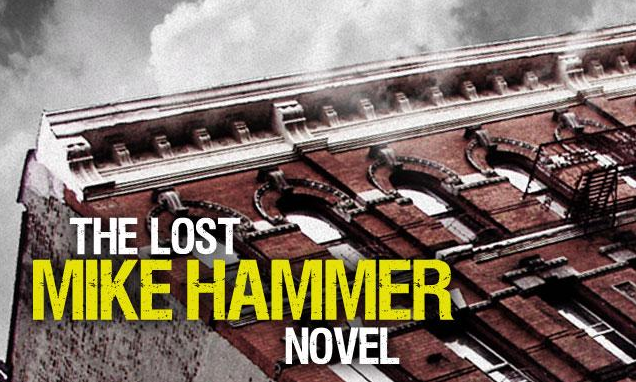 Pulling the trigger had been easy. Living with it had been hard. Crazy rage got replaced with a joyless emptiness. No emotion, no feeling. I felt as dead as the one I’d shot.

I had evened the score for a friend but the cost had been high—a woman I loved was dead, and the bullet that sent the killer to hell had along the way punched a gaping hole in my soul. I tried to fill it with booze, or at least cauterize the damn thing, spending most of my evenings at Joe Mast’s joint, trying not to fall off a bar stool and usually failing. But it hadn’t worked. Nothing worked.

My best friend in the world, Pat Chambers, was a cop. We had been on the NYPD together, till my hot head got me assigned to a desk where I soon traded in my badge for a private license and a shingle that said, “Hammer Investigating Agency.”

I couldn’t stay a cop. All those rules and regulations drove me bugs. I had a more direct method for dealing with the bastards that preyed upon society—I just killed their damn asses. Killed them in a way that was nice and legal. Self-defense, it’s called, and it catches in the craw of your typical self-righteous judge, but none of them and nobody else could do a damn thing about it. They couldn’t even take my license away. Because I knew just how to play it.

Just the same, Pat and I stayed friends, maybe because his scientific approach meshed well with my instinctive style—he was fingerprints and test tubes where I was motives and people. I could do things he couldn’t, and he had resources I didn’t. Usually private eyes and police are like oil and water, but what began as a convenient way for two different kinds of cops to feed each other information turned into a real and lasting friendship.

So when he showed up on the stool next to me, training his gray-blue eyes on me like benign gun barrels, I said, “What’s a nice guy like you doing in a joint like this?”

“Velda is getting worried.”

Velda was my secretary, and my right arm. She had been with me since I set up shop and I hadn’t made a pass at her yet. But there was something special between us that wasn’t just boss and employee.

“Tell her to lay off the mother-hen routine,” I said. I poured some whiskey in a glass and then down my throat.

“You need to let it go, Mike. It’s ancient history.”

“Would you change it? Would you go back and not pull that trigger?”

I knew he was right. But I’d fallen into a goddamn self-pitying rut. Work five days a week, drink five nights a week. And on weekends, drink the whole damn time. Being numb was good. You didn’t think so much. But if I kept this up, I’d have a liver that even the medics couldn’t recognize as a human organ.

I hadn’t even seen the big, beautiful dark-haired doll settle her lovely fanny onto the other stool beside me. I must have been far gone.

“And we’re not about to let you crawl in that bottle,” she said, “and drown yourself.”

I gave them a ragged laugh. Hell’s bells—they had me surrounded. I pushed the glass and the whiskey away.

“Okay,” I said. “Officially on the wagon. Now. What do you suggest?”

“Second,” Velda said, “we go off somewhere and rest. Someplace where there are no women and no bad guys.”

“That sounds dull as hell.”

Pat said, “It’ll be good for you. You and Velda take the weekend for some R and R. Someplace out on Long Island, maybe.”

Velda said, “What was that little town you and your folks used to go out to? Before the war?”

“Sidon,” I said. I’d been there a couple times after the war, too. But not for a year or two. “It’ll be dead out there. The season doesn’t start for a couple of weeks.”

“Right,” Velda said. “The weather’s beautiful just now, nice and sunny and warm but not hot. The beach, the ocean, it’ll be like a dream.”

“Instead of this nightmare,” Pat said, slapping at my glass, “that you been wrapping yourself up in.”

I turned to Velda. “You’re going along?”

“Sure,” she said easily. “Why not? I got a new two-piece bathing suit I want to try out.”

“One of those bikini deals?” I said, getting interested.

“Hey, I’m game, baby, but I’ll be recuperating, you know? From drink and debauchery and a general state of depression? You’ll need to stay right at my bedside.”

“Separate rooms, Mike,” she said crisply, but she was smiling. “I’ll play nursemaid and babysitter, only I require my own separate quarters.”

“Might as well take you along instead,” I said to Pat, “for all the fun I’ll have.”

He raised an eyebrow and shrugged.

Velda frowned. “No offense, Pat, but you’re staying home. I’m not equipped to handle all the trouble you two could get into.”

She looked equipped enough to handle anything from where I sat.

“Now,” she was saying, climbing off her stool, “can you stand up, or do we have to escort you?”

I made it onto my own two feet. I may have leaned on them a little. A little more on Velda. She was softer and smelled a lot better.