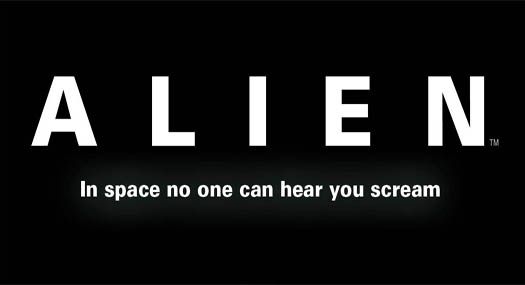 You must understand that they were not professional dreamers. Professional dreamers are highly paid, respected, much sought-after talents. Like the majority of us, these seven dreamt without effort or discipline. Dreaming professionally, so that one’s dreams can be recorded and played back for the entertainment of others, is a much more demanding proposition. It requires the ability to regulate semiconscious creative impulses and to stratify imagination, an extraordinarily difficult combination to achieve. A professional dreamer is simultaneously the most organized of all artists and the most spontaneous. A subtle weaver of speculation, not straightforward and clumsy like you or I. Or these certain seven sleepers.

Of them all, Ripley came closest to possessing that special potential. She had a little ingrained dream talent and more flexibility of imagination than her companions. But she lacked real inspiration and the powerful maturity of thought characteristic of the prodreamer.

She was very good at organizing stores and cargo, at pigeonholing carton A in storage chamber B or matching up manifests. It was in the warehouse of the mind that her filing system went awry. Hopes and fears, speculations and half creations slipped haphazardly from compartment to compartment.

Warrant officer Ripley needed more self-control. The raw rococo thoughts lay waiting to be tapped, just below the surface of realization. A little more effort, a greater intensity of self-recognition and she would have made a pretty good prodreamer. Or so she occasionally thought.

Captain Dallas now, he appeared lazy while being the best organized of all. Nor was he lacking in imagination. His beard was proof of that. Nobody took a beard into the freezers. Nobody except Dallas. It was a part of his personality, he’d explained to more than one curious shipmate. He’d no more part with the antique facial fuzz than he would with any other part of his anatomy. Captain of two ships Dallas was: the interstellar tug Nostromo, and his body. Both would remain intact in dreaming as well as when awake.

So he had the regulatory capability, and a modicum of imagination. But a professional dreamer requires a deal more than a modicum of the last; and that’s a deficiency, that can’t be compensated for by a disproportionate quantity of the first. Dallas was no more realistic prodreamer material than Ripley.

Kane was less controlled in thought arid action than was Dallas, and possessed far less imagination. He was a good executive officer. Never would he be a captain. That requires a certain drive coupled with the ability to command others, neither of which Kane had been blessed with. His dreams were translucent, formless shadows compared to those of Dallas, just as Kane was a thinner, less vibrant echo of the captain. That did not make him less likeable; But prodreaming requires a certain extra energy, and Kane had barely enough for day-to-day living.

Parker’s dreams were not offensive,' but they were less pastoral than Kane’s. There was little imagination in them at all. They were too specialized, and dealt only rarely with human things. One could expect nothing else from a ship’s engineer.

Direct they were, and occasionally ugly. In wakefulness this deeply buried offal rarely showed itself, when the engineer became irritated or angry. Most of the ooze and contempt fermenting at the bottom of his soul’s cistern was kept well hidden. His shipmates never saw beyond the distilled Parker floating on top, never had a glimpse of what was bubbling and brewing deep inside.

Lambert was more the inspiration of dreamers than dreamer herself. In hypersleep her restless musings were filled with intersystem plottings and load factors cancelled out by fuel considerations. Occasionally imagination entered into such dream structures, but never in a fashion fit to stir the blood of others.

Parker and Brett often imagined their own systems interplotting with hers. They considered the question of load factors and spatial juxtapositions in a manner that would have infuriated Lambert had she been aware of them. Such unauthorized musings they kept to themselves, securely locked in daydreams and nightdreams, lest they make her mad. It would not do to upset Lambert. As the Nostromo's navigator she was the one primarily responsible for seeing them safely home, and that was the most exciting and desirable cojoining any man could imagine.

Brett was only listed as an engineering technician. That was a fancy way of saying he was just as smart and knowledgeable as Parker but lacked seniority. The two men formed an odd pair, unequal and utterly different to outsiders. Yet they coexisted and functioned together smoothly. In large part their success as both friends and coworkers was due to Brett never intruding on Parker’s mental ground. The tech was as solemn and phlegmatic in outlook and speech as Parker was voluble and volatile. Parker could rant for hours over the failure of a microchip circuit, damning its ancestry back to the soil from which its rare earth constituents were first mined. Brett would patiently comment, ‘right’.

For Brett, that single word was much more than a mere statement of opinion. It was an affirmation of self. For him, silence was the cleanest form of communication. In loquaciousness lay insanity.

And then there was Ash. Ash was the science officer, but that wasn’t what made his dreams so funny: Funny peculiar, hot funny ha-ha! His dreams were the most professionally organized of all the crew’s. Of them all, his came nearest to matching-his awakened-self. Ash’s dreams held absolutely no delusions.

That wasn’t surprising if you really knew Ash. None of his six crewmates did, though. Ash knew himself well. If asked, he could have told you why he could never become a prodreamer. None ever thought to ask, despite the fact that the science officer clearly found prodreaming more fascinating than any of them.

Oh, and there was the cat. Name of Jones. A very ordinary housecat, or, in this instance, shipcat. Jones was a large yellow tom of uncertain parentage and independent mien, long accustomed to the vagaries of ship travel and the idiosyncrasies of humans who travelled through space. It too slept the cold sleep, and dreamt simple dreams of warm, dark places and gravity-bound mice.'

Of all the dreamers on board he was the only contented one, though he could not be called an innocent.

It was a shame none of them was qualified as prodreamers, since each had more time to dream in the course of their work than any dozen professionals, despite the slowing of their dream pace by the cold sleep. Necessity made, dreaming their principal avocation. A deep-space crew can’t do anything in the freezers but sleep and dream. They might remain, forever amateurs, but they had long ago become very competent ones.

Seven of them there were. Seven quiet dreamers in search of a nightmare.

While it possessed a consciousness of a sort, the Nostromo did not dream. It did not need to, anymore than it needed the preserving effect of the freezers. If it did dream, such musings must have been brief and fleeting, since it never slept. It worked, and maintained, and made certain its hibernating human complement stayed always a step ahead of ever-ready death, which followed the cold sleep like a vast grey shark behind a ship at sea.

Evidence of the Nostromo’s unceasing mechanical vigilance was everywhere on the quiet ship, in soft hums and lights that formed the breath of instrumental sentience. It permeated the very fabric of the vessel, extended sensors to check every circuit and strut. It had sensors outside too, monitoring the pulse of the cosmos. Those sensors had fastened on to an electromagnetic anomaly.

One portion of the Nostromo’s brain was particularly adept at distilling sense out of anomalies. It had thoroughly chewed this one up, found the flavour puzzling, examined the results of analysis, and reached a decision. Slumbering instrumentalities were activated, dormant circuits again regulated the flow of electrons. In celebration of this decision, banks of brilliant lights winked on, life signs of stirring mechanical breath.

A distinctive beeping sounded, though as yet there were only artificial tympanums present to hear and acknowledge. It was a sound not heard on the Nostromo for some time, and it signified an infrequent happening.

Within this awakening bottle of clicks and flashes, of devices conversing with each other, lay a special room. Within this room of white metal lay seven cocoons of snow-coloured metal and plastic.

A new noise filled this chamber, an explosive exhalation that filled it with freshly scrubbed, breathable atmosphere. Mankind had willingly placed himself in this position, trusting in little tin gods like the Nostromo to provide him with the breath of life when he could not do so for himself.

Extensions of that half-sentient electronic being now tested the newly exuded air and pronounced it satisfactory for sustaining life in puny organics such as men. Additional lights flared, more linkages closed. Without fanfare, the lids on the seven chrysalises opened, and the caterpillar shapes within began to emerge once more into the light.