A tale of revolution in a Reykjavik fuelled by industrialised magic, populated by humans, dimensional exiles, otherworldly creatures, psychoactive graffiti and demonic familiars.

RULED BY A DESPOTIC CROWN.

We're excited to share the cover and preview an excerpt from Alexander dan Vilhjálmsson's Shadows of the Short Days which will be published for the first time in the US on July 14 2020!

Take a look at the stunning cover below (designed by Titan Books' Julia Lloyd) and then read on for a sneak peek into this masterfully crafted tale of revolution and magic... 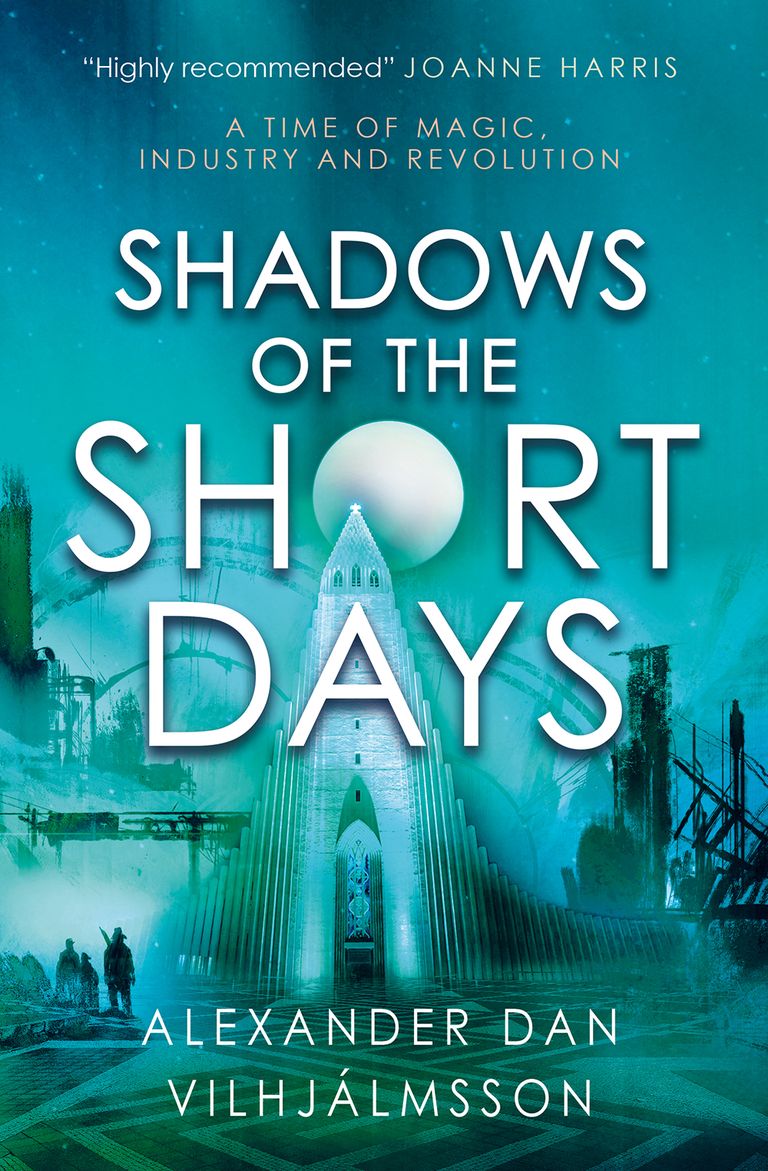 Sæmundur reached out on the floor and fumbled around for the carved wooden pipe. He tapped last night’s ashes out of it and stuffed it with moss, finishing the rest of what he had. Started the day with a smoke, as usual.

Sometimes he woke up and thought for a moment that she was lying next to him. Between waking and sleeping his mind and body reached out for her. The sting of waking up alone didn’t seem to be fading. If anything, it had grown to reach deeper with time.

Mæja climbed on top of him and purred loudly. He petted her and somehow she managed to purr even louder. His mind wandered to Garún and he thought about what she was doing now. She had left the cat behind and it only reminded him of her. He pushed the cat off his torso.

He stretched out in the bed and smoked, scratched his balls. It was time. A big task to do today. He couldn’t reschedule the hearing again.

When he finished the pipe he sat up, sniffed his clothes and found those that stank the least. It took him a long while to get dressed properly. The moss was starting to work and rippled the waters of his mind. Next to the mattress was a bass amplifier that served as a nightstand, desk and dining table. Half-empty beer bottles, an ashtray, notebooks and dirty plates were stacked on top of the amplifier. Sæmundur turned it on and lit a badly rolled cigarette. He picked up the bass from the floor and tuned it, started playing.

The room vibrated with music. He felt the way each object echoed the sound and warped it through itself, how his body fell in tune. He stretched the note, drew it deeper and the world sank into the deep with him. He sang along, preparing the galdur incantation in his mind.

He started chanting. Each syllable had its tone, which was amplified in the pounding bass line. The light faded, becoming grey and pale as it retreated slowly. The incantation grew stronger and clearer, the notes of the bass heavier, and the room appeared to bend under the pressure of sound. Dirty clothes, which lay scattered about on the floor, trembled like a wild growth and began moving in a convulsive dance around the mattress. Sæmundur sang louder and louder. He warped and stretched each sound that came from him, rode the chaos of galdur and gave it form, reined it in.

He drew these sounds inside himself, into his voice and the bass, then transmuted them and locked them into the incantation, bound them with rhythm and words of power. Everything sounded with transformation. Drenched with galdur, the rags on the floor crawled into small piles that slid together into a single mass of clothing in front of him. The melody grew stronger, the beat faster, and the dirty laundry rose up and shaped itself. Shirtsleeves and dirty socks became jutting limbs that grew erratically from the central body. Sæmundur stopped playing, handed the creature a wad of crumpled bills and commanded with a strong voice:

Immediately the thing collapsed and rolled out towards the window. Underwear, shirts, jackets and jeans, stretched up to the window ledge and pulled themselves up. Woollen socks and hoodie sleeves grabbed the ledge and the creature rolled itself out of the window.

Sæmundur threw himself back on to the mattress. He felt as if he was coming undone from the reverberation of the world’s composition.