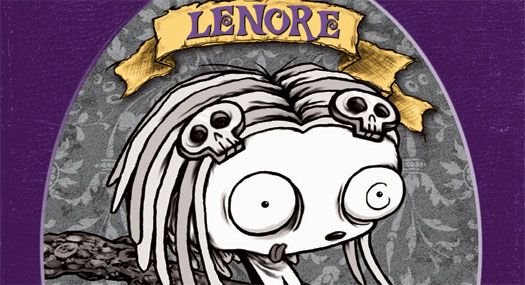 What was the first Lenore story you ever wrote and what inspired it?

I can’t remember the name of it. It was late 1991 or early 92. It had to do with Mr. Gosh I think. It was inspired by desperation to fill up empty pages in an art magazine I was publishing for other artists. Thank the heavens for those empty pages!

How involved were you with the short flash movies that Sony created for Lenore?

I wrote all of them and directed or co directed the episodes with Dave Hartman. I went in every day and loomed over my staff. I had an office at Sony and everything. Weird. Me getting up for work in the morning like a real person was disturbing to me. It’s the whole day light thing I’m not a fan of.

At one stage there were talks of a Lenore movie in the works. Is this something you’d like to see happen?

A Lenore movie? Whaaaaaat? Of course I want to see a Lenore movie happen. However, it has to happen in the right way for me. It hasn’t happened in the past because I’m just not willing to let someone willy nilly crank out a piece of crap that only vaguely echoes Lenore.

Lenore was inspired by the Edgar Allan Poe poem, but where did you get inspiration for the other characters such as Mr. Gosh and Ragamuffin?

Those guys come from lack of sleep. I wake up from my nightly…well, morning-ly 3-4 hour sleeps with characters galore. I keep a notebook next to the bed.

Lenore is an incredibly cute character, even when she is squeezing hamsters to death or killing the Easter Bunny. How do you strike this balance between having a character who kills while still making her extremely likeable?

I think it’s because she generally doesn’t intend to harm anything. She’s just an unfortunate catalyst for mayhem. The brain worms have made her borderline clueless to her effects on those around her. Plus, look at her little face. How could you be mad at that?

Do you have a favorite Lenore story?

If I had to pick one out, I’d say the pop goes the weasel episode. “Run, monkey!” 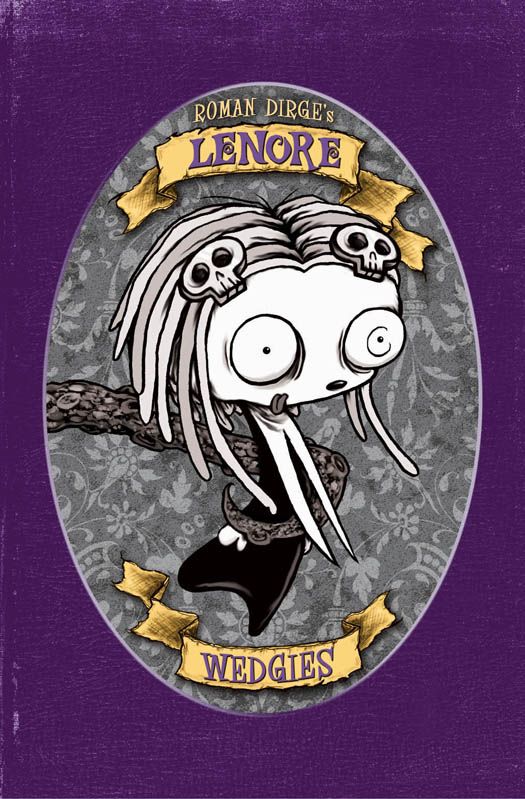 Click here for your chance to win a special copy of Lenore: Wedgies, which contains a signed Roman Dirge bookplate.