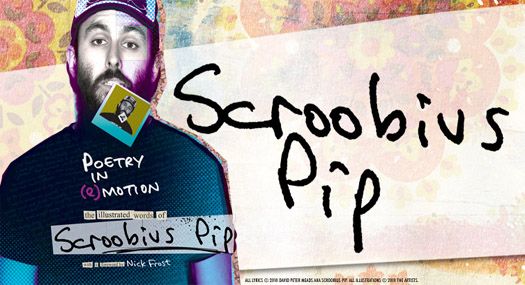 Today on the blog it's Scroobius Pip Day, which means we'll be posting tons of exclusive content to celebrate this year's Poetry (e)motion.

And to kick things off, Pip has provided us with an exclusive poem: 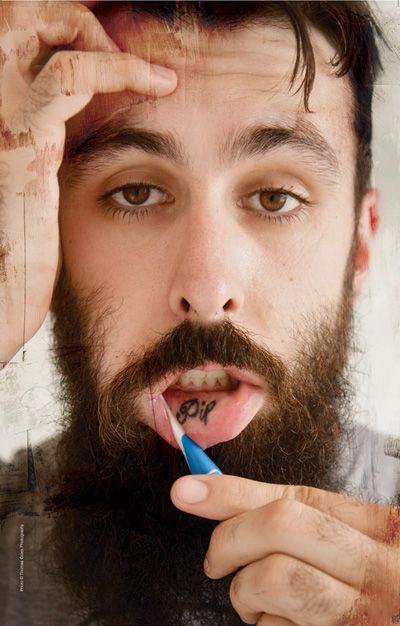 But, without Jack, Rosa felt isolated and detached
So if someone showed her attention she would show it right back

To feel loved Rosa was loose with her affections
Many a boy would grace her bed, with the occasional infection

Jacks life, now at Uni, couldn’t be more different
Of the perils of distraction he was always vigilant

Three girls came close, as did one boy
But Jack was focused on uni so they had no joy

Jack would often think of Rosa in that special way
But he just figured, with the distance, it wouldn’t help to say

He sent a text that said “Hi Rosa, its Jack
I’m coming home and need to talk to you when I get back

I’ll be around for a while as my mothers grown ill
And I need to talk about us and the way that I feel.”

Rosa didn’t know how to feel about Jack’s return
She missed him loads but what about the things he would learn?

Rosa decided it was best that it came from her
Instead of him hearing all the rumours, nicknames and the slurs

Rosa text “Meet me at Bronka’s on your way to your mums place
Then we can walk home together at a leisurely pace.”

When he saw Rosa, Jack couldn’t hide the smile from his face
But Rosa feared that warm smile was soon to become misplaced

Jack said: “Rosa I need to tell you how I feel about you
Rosa said: “Jack that’s fine, but before you do

I need to bring you up to speed on 1 or 2 stories
That I don’t want you to hear from someone else before me.”

Jacks reaction? Well that was one of sheer stunned silence
But Rosa figured that was better than tears or violence

Jack said: “Rosa I came to say I want to spend my life with you
But maybe you aren’t the Rosa that I thought I knew…”

When he saw his mum he realised just how much he had missed her
And he hoped the news he had, of him & Rosa, might lift her

He said “Mum I’ve got some news that will make you feel better
Rosa and I, after all these years, have got together

Its not “racism”, its simply pride in our heritage
Where you come from is more important than where you currently live.”

With that her head dropped, her eyes started to close
Jack held his mothers hand as a tear ran down his nose

But her last words really served to rip Jack in two
She said “Jack, I want my grandchildren to be black like you.”

Well that line right there put Jacks head into a spiral
He loved Rosa but surely his mothers dieing wish was final?

He understood his mother’s genuine Jamaican pride
But issues of the heart were surely his to decide?

He walked out of the house right there and then
And never saw another member of his family again.