One of 2018’s most anticipated games, Sea of Thieves is a shared world pirate adventure from Rare launching on the Xbox One family of devices and Windows 10 PCs, where players will crew up in search of fortune and glory on their quest to become pirate legends.

Titan Books will be partnering with Rare to release a companion title slated for early 2018 entitled Tales from the Sea of Thieves. Narrated by three unique pirate characters, the book will reveal the world through their eyes. Whether getting to grips with life aboard ship or embroiled in a dangerous hunt for ancient treasure, they’ll introduce and explore the fantastical Sea of Thieves itself – home to mysterious islands, mermaids, cursed former pirates and unimaginable riches.

Including sea shanties, artwork by the pirate protagonists and much more, the book will immerse readers completely in Sea of Thieves’ ambience and lore. As an artefact fished from the in-game universe, it features all the wear and tear expected from a grog-swilling pirate’s life.

Tales from the Sea of Thieves was born in close collaboration with the creative team at Rare, its inspirations including events experienced within the Sea of Thieves Insider Programme, designed to give the loyal community a chance to provide input and help shape the game. Set to publish in hardback with full colour illustrations throughout, the book will release in the UK and North America and market at £24.99 and $29.95 respectively. Tales from the Sea of Thieves is set to offer fans a unique insight into this rich, evocative world as they prepare to crew up and set sail on adventures of their own! 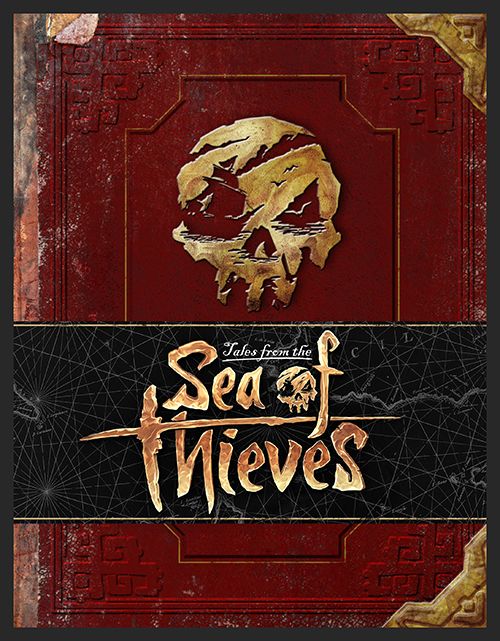 Paul Davies has worked in journalism for twenty-five years, editing magazines and websites including Official Nintendo and Computer & Video Games. He is now a freelance writer and consultant to games developers and publishers.

With three decades of experience and a stable of smash hit games from favourites like Banjo-Kazooie and Perfect Dark all the way through to recent successes such as Rare Replay, the company is still creating games that players love to keep playing. Rare's upcoming shared world adventure, Sea of Thieves, is set to delight Rare fans of every generation when it launches exclusively on the Xbox One family of devices and Windows 10 PCs.

Founded in 1975, Microsoft (NASDAQ “MSFT”) is the worldwide leader in software, services and solutions that help people and businesses realize their full potential.

Titan Books is a division of Titan Publishing Group and a leading world publisher of Gaming, Film and TV fiction and non-fiction, and original fiction. Titan Books’ acclaimed media publishing programme includes a wide range of some of today’s most exciting franchises and classic properties, including books covering the worlds of Assassin’s Creed, Horizon Zero Dawn, Tomb Raider, Star Trek, DC Universe (Batman vs Superman, Wonder Woman and the Justice League), and many more.