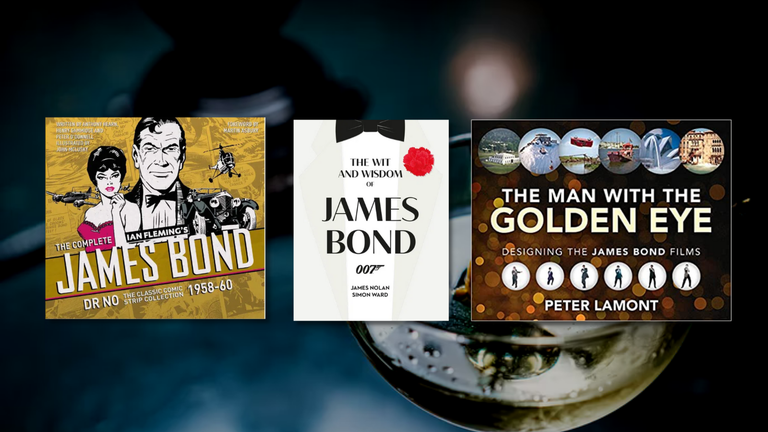 2021 saw the much-anticipated return of the world’s most iconic spy: James Bond. We’re here to help you celebrate in style with a range of Bond publishing that celebrates his legacy through the years. 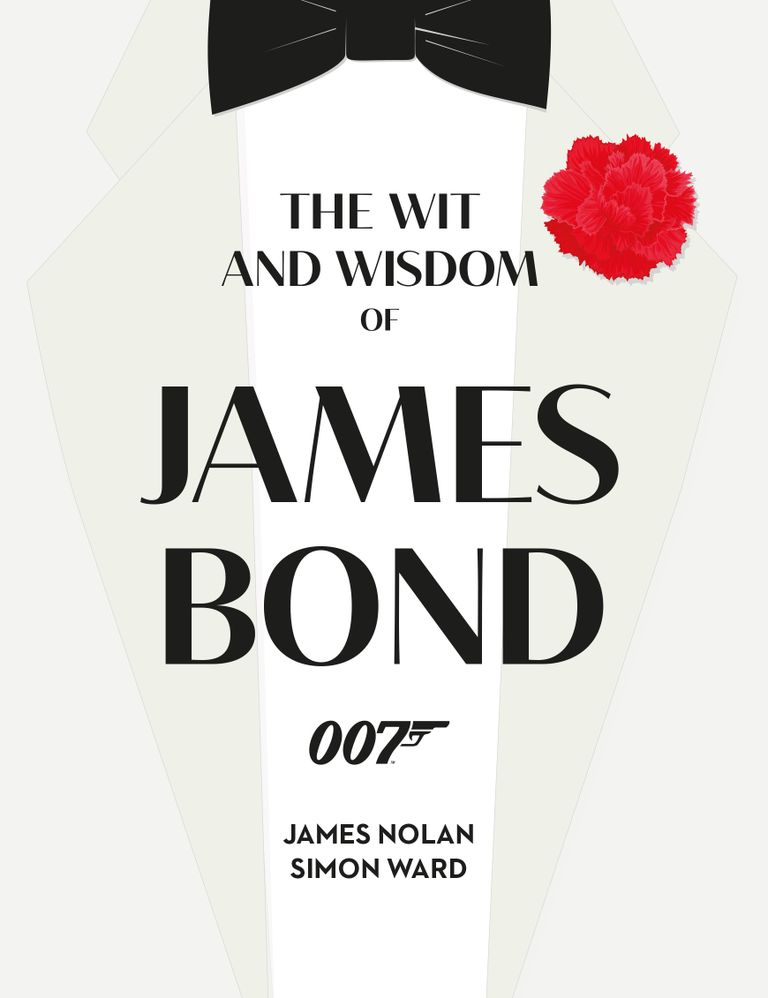 The Wit and Wisdom of James Bond

“Bond. James Bond.” The iconic line from James Bond’s first big-screen scene has been endlessly quoted and imitated since, and the memorable dialogue and witty one-liners are one of the many reasons the films are so beloved the world over. The Wit & Wisdom of James Bond includes the very best quotes, quips and pearls of wisdom from all 25 films. From “Shocking. Positively shocking,” to “Choose your next witticism carefully, Mr Bond. It may be your last,” (Goldfinger) this official book collects the greatest killer one-liners from the world’s most famous “licensed troubleshooter”, as well as M, Q, Moneypenny, Bond villains and more. 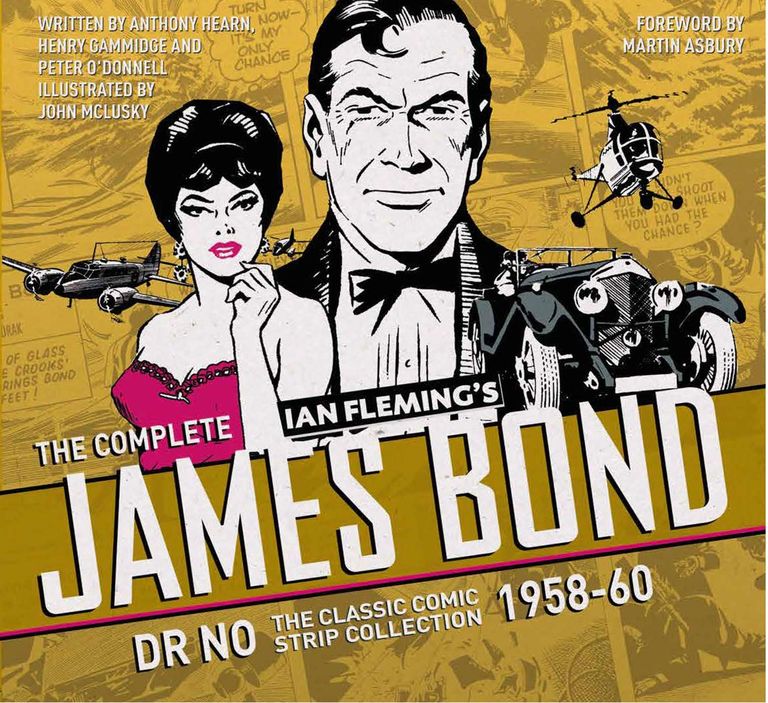 In his first mission, James must neutralize a Russian operative at the Casino Royale. But Bond’s attraction to a beautiful female agent leads him to disaster... Next,  when two MI5 agents disappear in Jamaica, Bond is sent to investigate — but a mysterious assailant attempts to dispatch 007 with everything from poisoned nectarines to killer centipedes! And when Bond links the attacks the mysterious Dr. No, his troubles are just beginning! This volume also collects classic Bond stories Diamonds Are Forever, Moonraker, Live and Let Die, and From Russia, With Love in this thrilling collection of comics featuring the world's greatest secret agent! James Bond, the world's greatest secret agent, returns to action in six thrilling adventures, starting with 007’s encounter with the titular Auric Goldfinger, the man with the Midas touch.   Then in The Man with the Golden Gun, MI5 believes 007 is dead... until a brainwashed Bond tries to assassinate his boss, M! The thrilling tales of espionage continue in classic Bond stories Risico, From A View To A Kill, For Your Eyes Only, and The Living Daylights, each of which has been painstakingly restored to create the highest quality reproduction of the original Express Newspapers’ strip available. 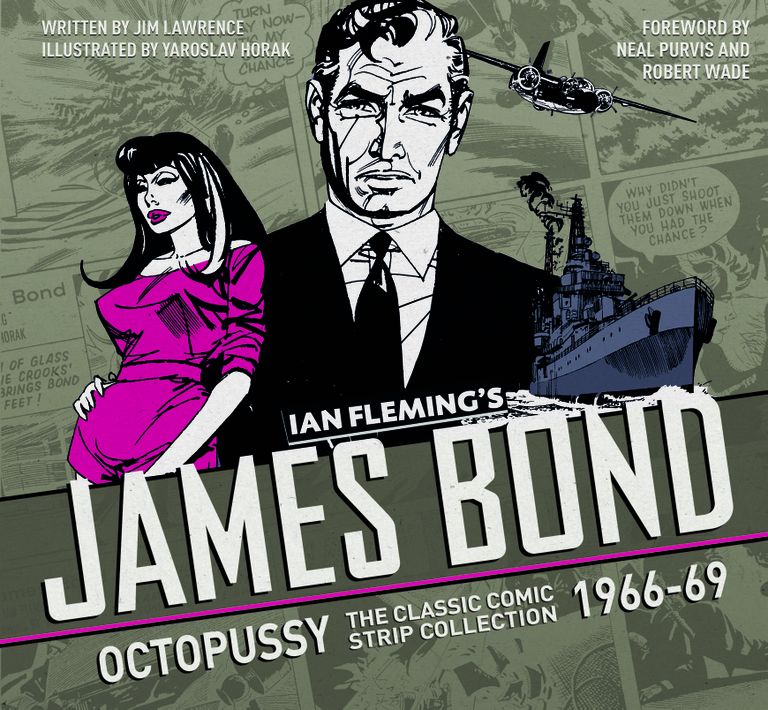 The world’s greatest secret agent returns.  When an old friend’s body is found in the Alps 20 years after he disappeared, James Bond quickly finds himself caught between Nazi gold, the Chinese Tongs and the eight-armed embrace of Octopussy! And Bond encounters more mortal danger beneath the waves whilst trailing a missing submarine in The Hildebrand Rarity! Finally, Bond faces off against The Harpies and the River of Death, two unique adventures created by Jim Lawrence. These lavishly presented, high-action adventures are restored from the original Daily Express comic strips. 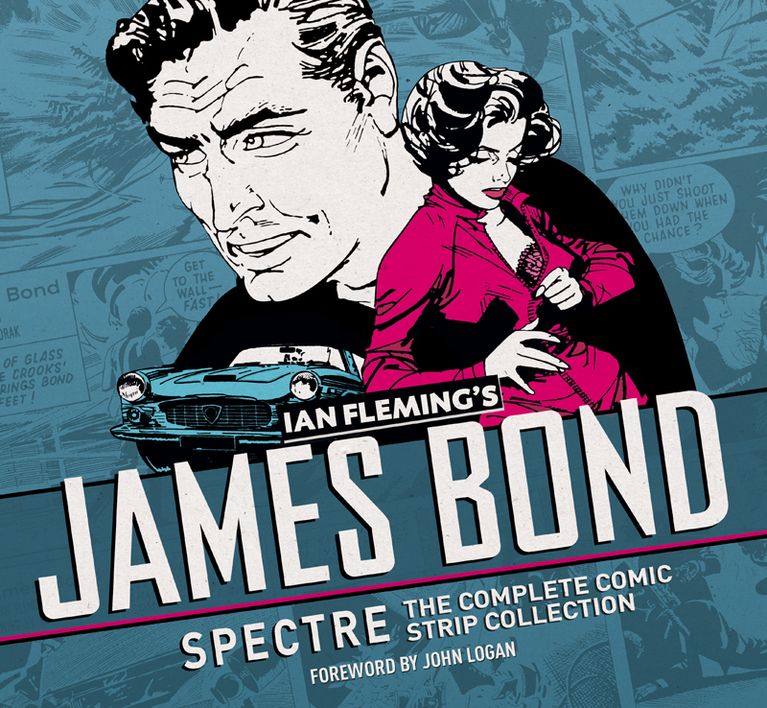 The daring James Bond, the world's greatest secret agent, is back, this time in a lavishly put together collection celebrating the iconic SPECTRE storylines. As the shadowy criminal cabal of SPECTRE threatens the tenuous world peace, only one secret agent can stop them. Featuring classic Bond stories Thunderball, On Her Majesty’s Secret Service, You Only Live Twice, and The Spy Who Loved Me, these fully restored and thrilling stories are based on the original Ian Fleming James Bond novels, and feature Bond facing his most sinister villains yet!