Boldly go where no man has gone before! Head behind the scenes of your favourite film or TV iteration, explore the work of the franchise’s key creatives or get inside the head of Starfleet’s most famous captains with our stellar range of Star Trek books. 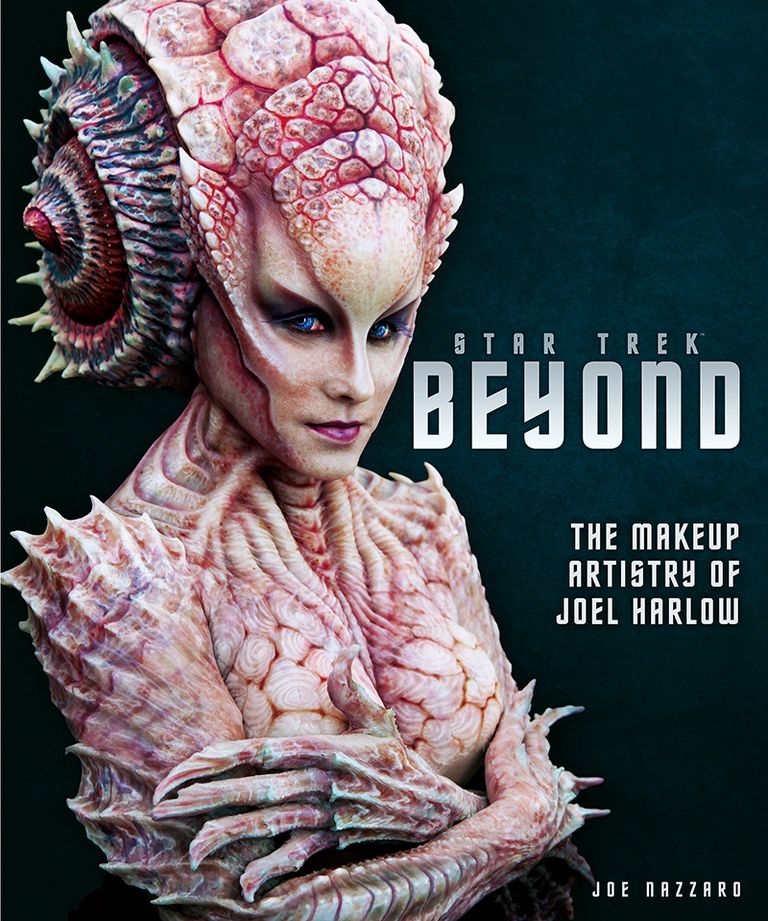 Star Trek Beyond – The Makeup Artistry of Joel Harlow

With the release of Star Trek Beyond in 2016, viewers were given a spectacular visual treat as a whole host of new aliens made their appearance for the first time in the rebooted franchise. At the heart of the process of bringing these breathtaking intergalactic species to life was Academy Award-winning make-up artist Joel Harlow. Star Trek Beyond – The Makeup Artistry of Joel Harlow presents the extraordinary work done by Harlow and his crew. Featuring fascinating pencil sketches, stunning concept art and beautiful photography, this visually arresting book gives fans a unique in-depth look into the remarkable work that went into creating aliens from over 50 different races, from preliminary sketches to final make-up application. 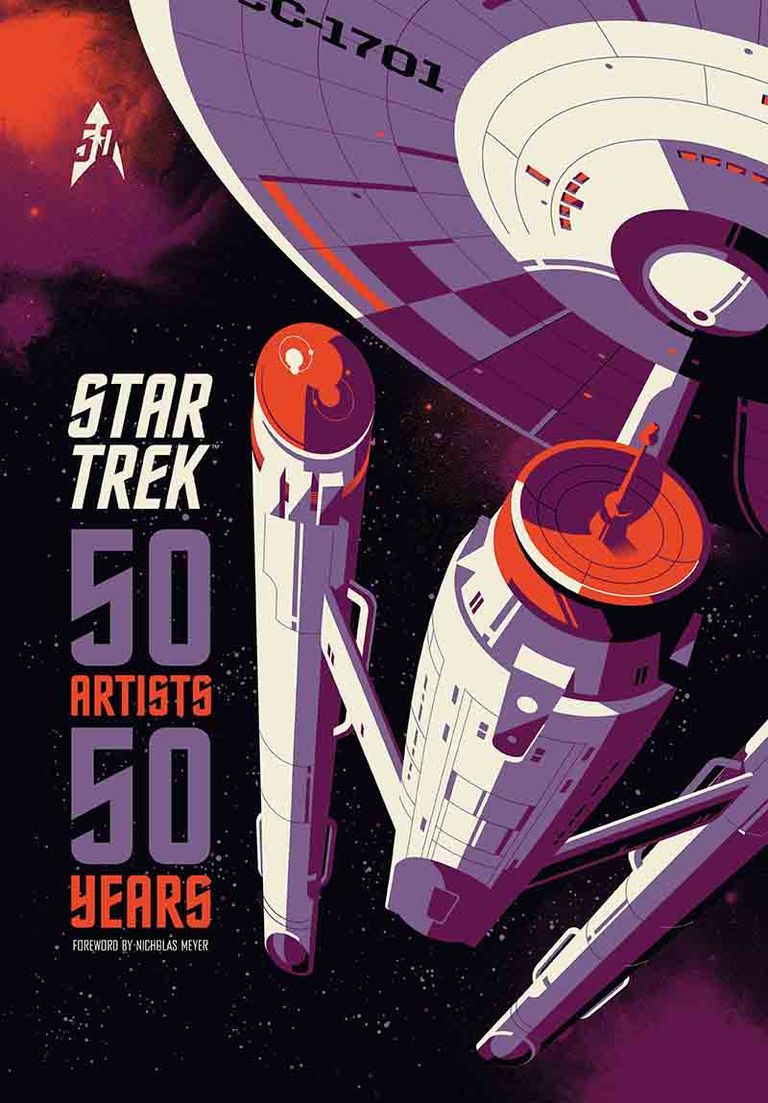 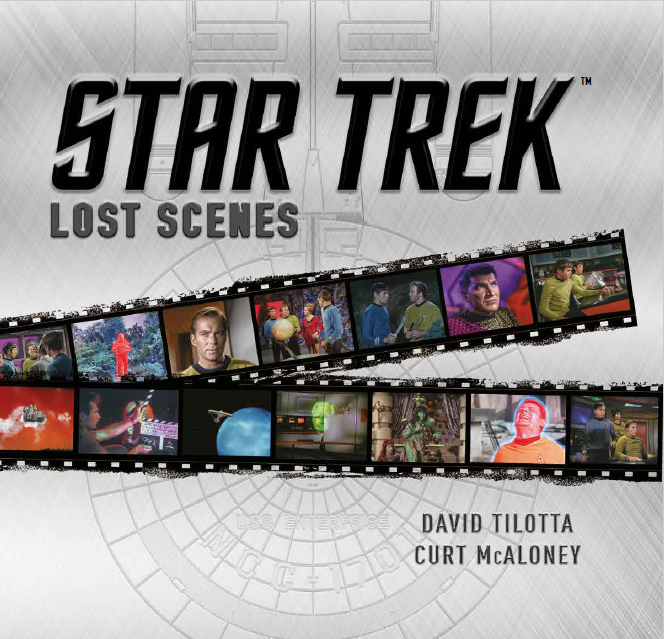 Think you know everything about the Original Series? Think again. Star Trek: The Lost Scenes is packed with hundreds of never-before-seen color photos of the world’s ultimate sci-fi series. Professionally restored images are used to chronicle the making of the series, reassemble deleted scenes, and showcase bloopers from the first pilot through the last episode. Whether you’re a new Star Trek fan or a seasoned veteran, this book is a must-have. Over the past few decades, John Eaves has had a major impact on the look of the Star Trek Universe and played a pivotal role in shaping Gene Roddenberry’s vision. Star Trek: The Art of John Eaves represents the most extensive collection of designs and illustrations created by Eaves across the Star Trek Universe. Featuring fascinating pencil sketches and stunning concept art, this visually dynamic book gives fans a unique in-depth look into Eaves’ creative vision and the wealth of his remarkable work at the center of this spectacular franchise. 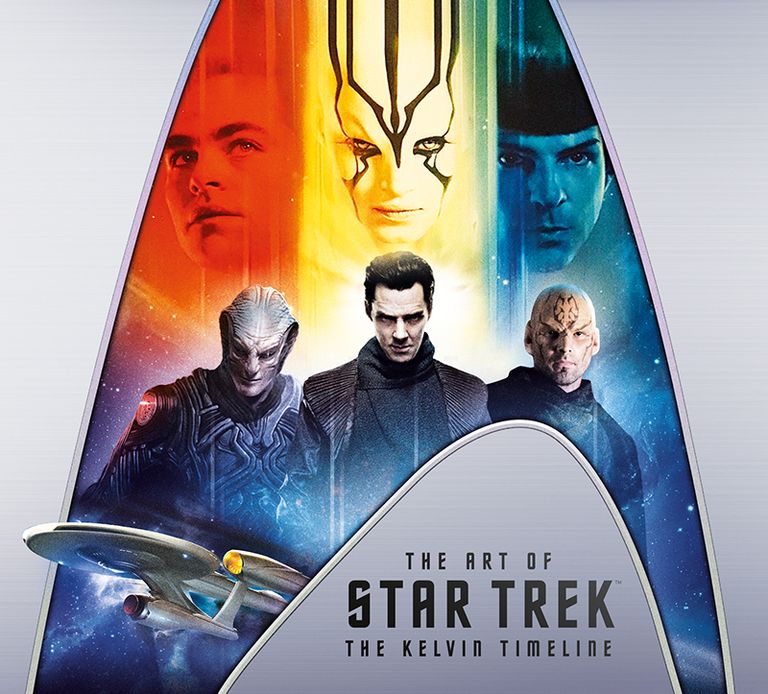 The Art of Star Trek: The Kelvin Timeline

From one of the most famous franchises ever to hit our screens came a smash-hit trilogy of movies for the 21st century. Set in the alternate Kelvin timeline, Star Trek (2009), Star Trek Into Darkness (2013) and Star Trek Beyond (2016) tell the story of the U.S.S. Enterprise and its crew, lead by brazen Captain James T. Kirk (Chris Pine) and his Vulcan science officer Spock (Zachary Quinto).

Boldly going where no man has gone before, new alien species, fantastical new worlds and action-packed space adventures abound in this grandly illustrated accompaniment to the ongoing space epic. Combining all three movies, The Art of Star Trek: The Kelvin Timeline showcases behind-the-scenes production, dazzling costume and set designs, intricate concept art and on-set photography. This is the essential companion to the movies. Seven-time Emmy award winner Dan Curry is one of Star Trek's most enduring talents. His amazing contributions have ranged from directing, title design and concept art to practical on-set effects and weapon design. Star Trek: The Artistry of Dan Curry reveals the many and varied techniques used to produce some of the most spectacular visual effects used in the various series. This is a book for all Star Trek fans to treasure! 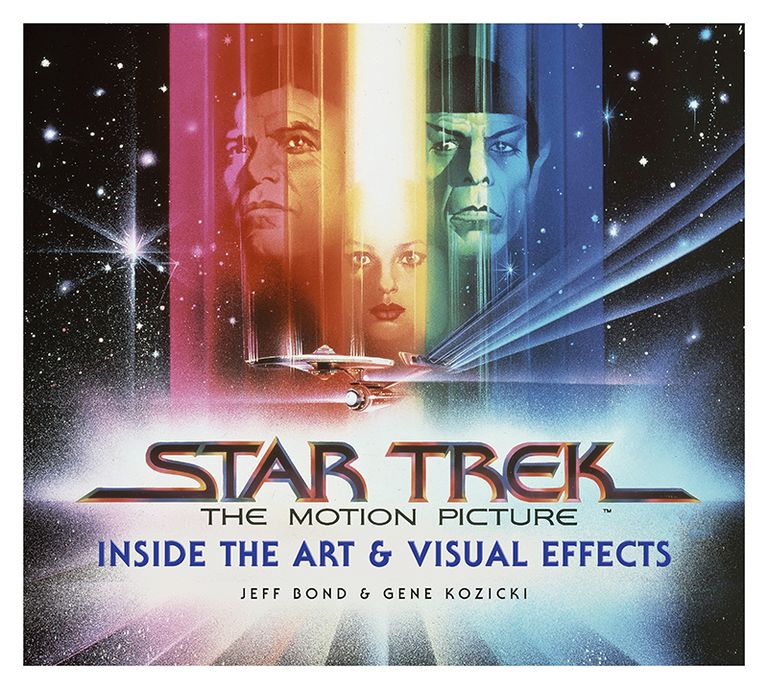 Star Trek: The Motion Picture – Inside the Art and Visual Effects

Forty years ago, Star Trek: The Motion Picture brought Kirk, Spock, and the Enterprise crew to the big screen and changed the course of the Star Trek franchise. Now, celebrate this landmark anniversary by discovering the visual artistry that made this an enduring science fiction classic. For the first time ever, explore archival material created by legendary Star Trek collaborators, including Robert Abel, Syd Mead, Ralph McQuarrie, Andrew Probert, and Ken Adams. Star Trek – The Next Generation: The Art of Juan Ortiz The Art of Star Trek: Discovery

Star Trek: Discovery, the newest chapter in the Star Trek Universe, follows the exploits of Vulcan-raised science officer Michael Burnham and the crew of the U.S.S. Discovery as they boldly go where no one has gone before. Explore behind the scenes of CBS’s hit show, with interviews, set photography, concept art and storyboards. With exclusive content from the first two seasons, this book is a must-have for every Star Trek fan. Chronicling the greatest Starfleet captain's life (2233–2293), in his own words. From his birth on the U.S.S. Kelvin, his youth spent on Tarsus IV, his time in the Starfleet Academy, his meteoric rise through the ranks of Starfleet, and his illustrious career at the helm of the Enterprise, this in-world memoir uncovers Captain Kirk in a way Star Trek fans have never seen. Kirk's singular voice rings throughout the text, giving insight into his convictions, his bravery, and his commitment to the life—in all forms—throughout this Galaxy and beyond. 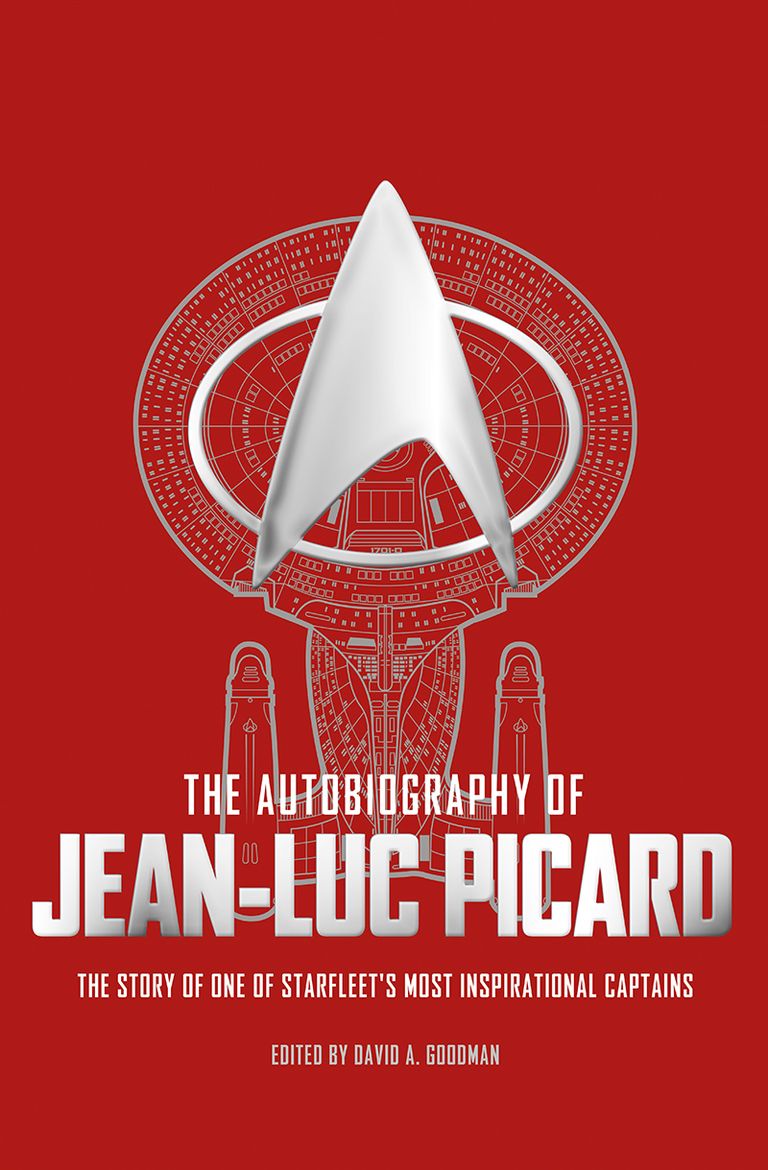 The Autobiography of Jean-Luc Picard

Telling the story of one of the most celebrated names in Starfleet history. His extraordinary life and career makes for dramatic reading: court martials, unrequited love, his capture and torture at the hand of the Cardassians, his assimilation with the Borg and countless other encounters as captain of the celebrated Starship Enterprise. 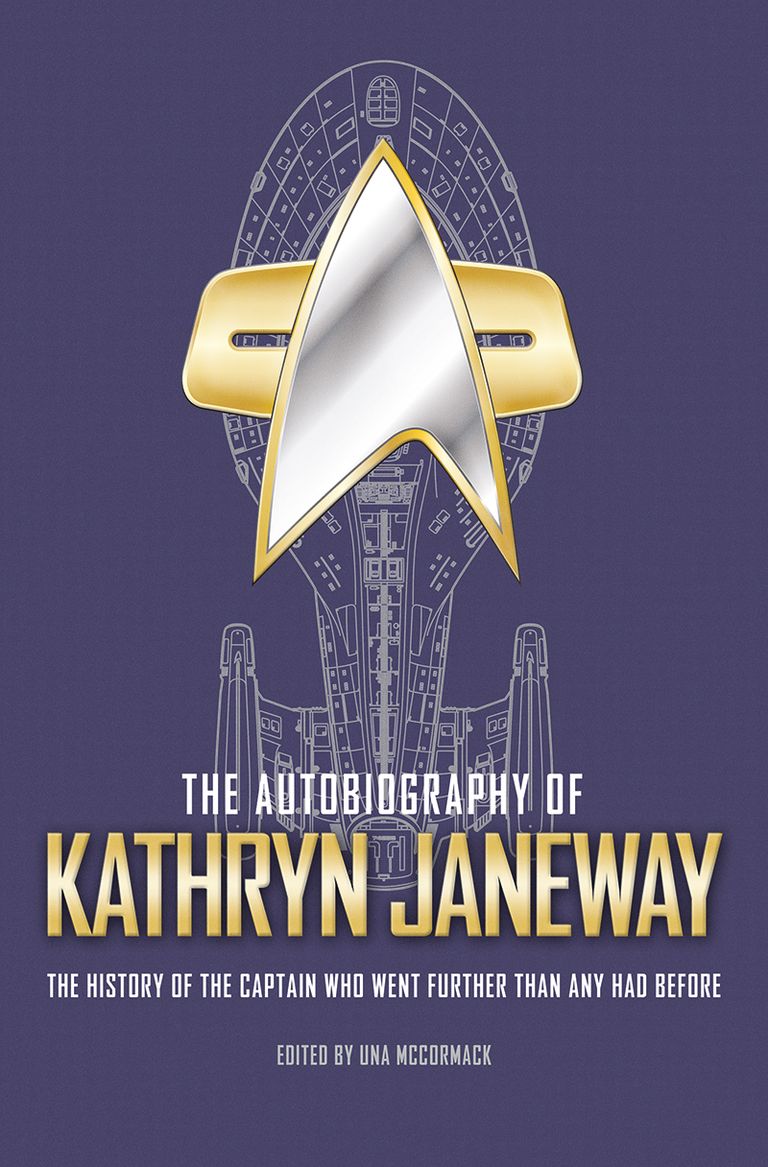 The Autobiography of Kathryn Janeway

Kathryn Janeway reveals her career in Starfleet, from her first command to her epic journey through the Delta Quadrant leading to her rise to the top as vice-admiral in Starfleet Command. The woman who travelled further than any human ever had before, stranded decades from home, encountering new worlds and species and overcoming one of Starfleet’s greatest threats – the Borg – on their own remote and hostile territory.