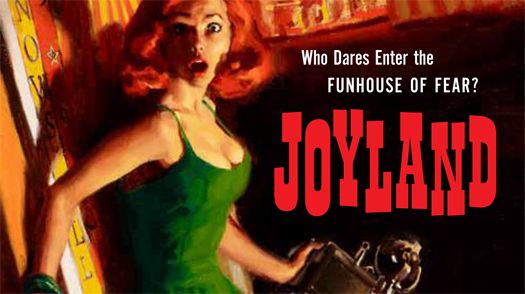 Roll up! Roll up! Talk “the Talk” @Titan Books to Win Money-can’t-buy Prizes!

Celebrating the release of this bittersweet coming-of-age novel, Titan Books and Hard Case Crime are teaming up with a series of digital partners to host competitions to win a free copies of Joyland and ONE-OF-A-KIND Joyland canvas prints of the Robert McGinnis art designed especially for the limited edition of the book.

Who dares enter the world of Joyland to win these unique prizes?

Playing the game is simple. Follow the carnival as it tours across websites… Each website will post two definitions of carny “Talk” used in Joyland or Stephen King trivia each day for three weeks.

The more unique carny terms that you share with the world, the more likely that you are to win books and prizes. There’s three canvases in total.

Roll up! Roll up! Talk “the Talk” @Titan Books!