2022 was a successful year for Titan Books, with a whole range of incredible fiction and non-fiction titles being published. But now the year is drawing to an end, we’re looking forward to the range of brilliant titles that we’ll be publishing in 2023.

From gripping fantasy to horror, insightful behind-the-scenes books and magical anthologies, read on below to see what members of Team Titan are looking forward to in 2023. Michael Beale, Editorial: The Keep Within is a stunning dark fantasy from J. L. Worrad. Masterfully written, this hilarious and rebellious book transported me to Worrad's debauched imagination in about two sentences. Dazzling characters and devious schemes are woven together until you can do nothing but turn the next page.

As a Life is Strange maniac, I couldn't not mention Steph's Story, the official backstory to chaos-human and fan-fave Steph Gingrich. Rosiee Thor has done an impeccable job capturing Steph's voice and written a heart-breaking LGBTQ+ love story that'll absolutely make you cry.

Hel's Eight. A lone figure in the desert – blood pours from her throat. A tumbling coin spins into an infinite abyss full of hungry mouths... Stark Holborn's sharp writing punches you in the gut scene after scene and never gives a moment to catch your breath. If you loved Mad Max, you'll love this scorchingly written sci-fi western. 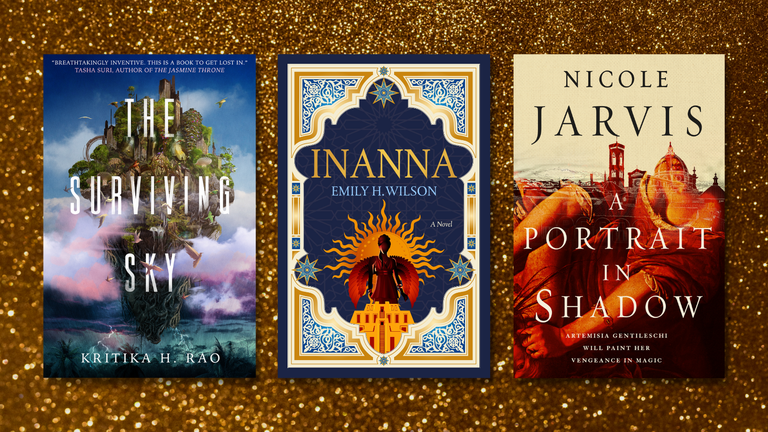 Daniel Carpenter, Editorial: I can't wait to introduce readers to Verity M. Holloway's The Others of Edenwell, especially to Freddie and Eustace and their heartbreaking friendship. The Edenwell spa is a totally unique setting for this incredible book. It's a phenomenal novel: utterly terrifying and with an incredible cast of characters. Elsewhere, E. Saxey's brilliantly creepy Unquiet is a page-turner like no other, and Judith's investigation into her brother's presumed death and his sudden reappearance a year later is equal parts gripping and horrifying. Finally, Emily H. Wilson's Inanna is the first in a brand new trilogy, retelling one of the oldest stories, The Epic of Gilgamesh. The story of Inanna, goddess of love and war, and Gilgamesh who's two favourite things may well be love and war, it's witty, charming and lyrical; packed full of bickering gods, warring humans, and the heroes caught in the middle. Katharine Carroll, Publicity: Barrow of Winter: What would winter be without H.M. Long's next gripping adventure set in the fantastical northern icy wastelands? Can't wait to dive in!...Brrr. 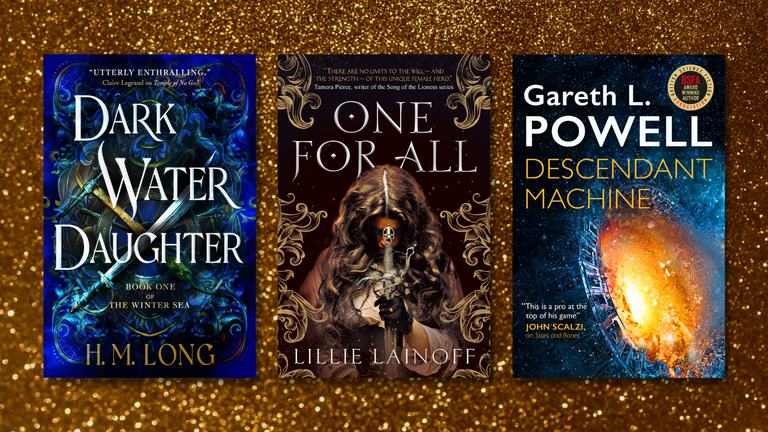 Kabriya Coghlan, Publicity: There are so many great titles to look forward to in 2023, but I'm especially excited about Dark Water Daughter, the first in a new fantasy series from H.M. Long offering action-packed pirate adventure on the high seas; Lillie Lainoff's One For All, a retelling of The Three Musketeers set at a 17th century finishing school in France where girls are secretly trained in the art of swordfighting; and Descendant Machine, the second book in Gareth L. Powell's Continuance series perfect for lovers of thrilling, character-focused space opera. Monica Marsh, Rights: The 2023 title I'm looking forward to the most is Withnail & I: From Cult to Classic, since it delves into the making of one of my favourite films (watch it, it's hilarious!), touching on the historical and political context of 1960s London, and featuring fascinating interviews from the surviving cast and crew. I'm equally excited for the the Peter Pan-themed anthology The Other Side of Never, edited by Marie O'Regan and Paul Kane. Frankie Piscitelli, Editorial: I am looking forward to Eric LaRocca's The Trees Grew Because I Bled There: Collected Stories, after hearing such high praise for their first book Things Have Gotten Worse Since We Last Spoke And Other Misfortunes. Sophie Robinson, Editorial: 1) I am really looking forward to On the Nature of Magic by Marian Womack. Marian is a beautiful, lyrical writer and I am always spellbound by her prose. This book features two lady detectives in early 20th century Paris investigating two spooky cases: a pair of women claim to have seen the ghost of Marie Antionette in the gardens of Versailles and dancers keep vanishing from Georges Melies' mysterious film studio. Expect seances, the birth of early cinema, secret societies, Sherlockian deductions and magic!

2) In These Hallowed Halls is another book I am excited about. It's a dark academia anthology for fans of The Secret History, If We Were Villains and The Atlas Six. There'll be darkened corridors at elite schools, looming gothic towers, charismatic professors, rivalries, obsessions and, of course, murder!

3) Also feeding my dark academia obsession will be The Other Lives of Miss Emily White by A.J. Alwood. It has all my favourite dark thriller ingredients: an eerie boarding school setting and an obsession that quickly grows out of hand. William Robinson, Design: As a big fan of the Life is Strange series, which spans games, comics, and more, I’m excited for the series to get a book adaptation with Life is Strange: Steph’s Story! Steph has always been a fan favourite and it’ll be fascinating to get more of an insight into her character. Additionally, Captain Marvel: Shadow Code looks to be a fantastic world-spanning story to read alongside the exciting The Marvels film coming in 2023. Finally, I’m looking forward to the publication of the Star Trek II: The Wrath of Khan - The Making of the Classic Film, which will detail the production of the sci-fi classic in a large and lavish format just over 40 years since the film was first released! George Sandison, Editorial: Dark Water Daughter: Frabjous day! It's a new series from H. M. Long! High-stakes on the high seas, with a richly drawn cast of pirates, pirate hunters, stormsingers and good ol' fashioned ne'er do wells. This is a gorgeous enthrallingly epic adventure about a young woman's quest to rescue her mother, and uncover the secrets of her past. It's packed full of the most excellent magic creatures and the nuanced relationships Long has been exploring ever since Hall of Smoke all those books ago. I say this every time, and it's still true - she only gets better with every book. And hey, man, that cover...

Sister, Maiden, Monster: Unforgettable. This book is monstrously, bizarrely, viscerally and indelibly seared into my mind and I love it. As an editor you sometimes slip into a groove, a feeling that you know what it's all about, and all the kinds of books that are going to cross your desk. Then Lucy A. Snyder comes along, sits you down and holds your hand whilst your brain so gently melts out of your ears. It's a glorious grotesquerie packed with heart and soul and teeth. So many teeth... It's not for the faint of heart, but it is utterly, utterly brilliant.

The Salt Grows Heavy: Cassandra Khaw will play with your senses. Ever since I first read their work, I was hit with their delicious prose - "Her blood is spice, oak, and citrus regrets." Khaw is an absolute master of shorter forms and every sentence of their novella, The Salt Grows Heavy, is infused with rich flavours and tantalising smells. Alongside a fantastic reinvention of mermaids and a powerful story of maternal rage, the story is a feast on its own, a delicious concoction of darkly fantastical horror that you have to savour, one bite at a time. Hannah Scudamore, Marketing: I'm really looking forward to Withnail and I: From Cult To Classic, the movie is one of my favourites and this must-have retrospective is long overdue. There's going to be some never-before-seen photography and archive material which will be fascinating to see and a forward from director Bruce Robinson himself! Cath Trechman, Editorial: February brings a haunted house tale like no other in Andy Davison's The Hollow Kind. This story of a young woman escaping her painful present to confront her family's dark past is immersive, intensely evocative and deeply haunting - a really incredible read.

Beautiful and heartbreaking in all the best ways, Ann Claycomb's Silenced hits shelves in April. A powerful modern fairy tale, it reshapes those traditional narratives for the #metoo era and celebrates the strength of female friendship.

V. Castro's brilliantly vivid horror tale, The Haunting of Alejandra, comes out in October. It is a story of motherhood, grief, revenge and generational trauma that is both gripping and essential.

Other highlights include, Eric LaRocca's devastating collection, The Trees Grew Because I Bled There. Gareth L .Powell's hugely fun space adventure, Descendant Machine. The utterly brilliant horror novella, Bloom, by Delilah S. Dawson (saying anything else would spoil it). James Lovegrove's long-awaited fourth Cthulhu Casebooks novel, Highgate Horrors. And not one but two fantastic new horror titles from Rachel Harrison, Such Sharp Teeth and Bad Dolls. Not to mention, Christopher Golden's follow-up to Road of Bones, All Hallows...