This summer, take yourself on a holiday—all for the low price of a new book!

On a hot afternoon Summer sits beside a swimming pool near Nice in the South of France, waiting for her married lover, Steve, to arrive. By the time he turns up, flight delayed and his family unexpectedly in tow, Summer has vanished from the villa. Hannah the maid is under strict instruction never to speak to any of the guests, but perhaps she knows something. After all, she found broken glass and blood on the property the day of Summer’s disappearance...

THE BOOK OF HIDDEN THINGS by Francesco Dimitri

Four old school friends have a pact: to meet up every year in the small town in Italy they grew up in. Art, the charismatic leader of the group and creator of the pact, insists that the agreement must remain unshakable. But this year, he never shows up. The three friends look for him and come across bizarre rumours - and a document written by Art, The Book of Hidden Things, which promises to reveal dark secrets and wonders beyond anything previously known. 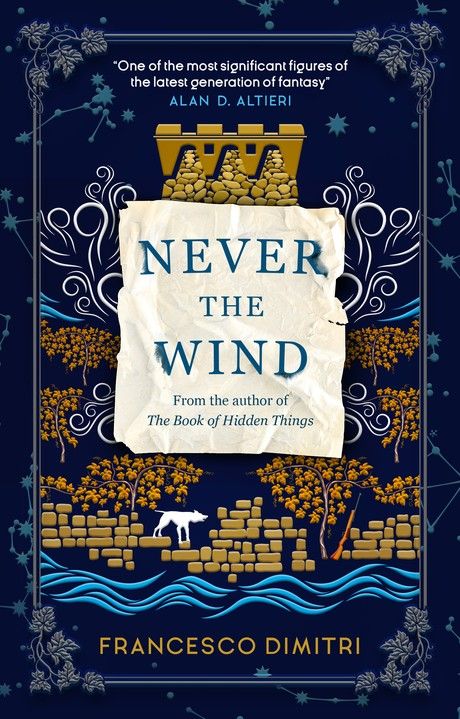 NEVER THE WIND by Francesco Dimitri

Luca Saracino has been blind for eight months when his family move to a Southern Italian farmhouse they dream of turning into a hotel. As Luca tells his story without sight - solely through hearing, smell, taste and touch - he meets the dauntless Ada Guadalupi, who takes him out to explore the rocky fields and empty beaches. But Luca and Ada can’t escape grudges that have lasted between their families for generations, or the gossiping of the town. And Luca is preyed upon by the feral Wanderer, who walks the vineyards of his home. And Luca soon discovers he is being preyed upon by the wanderer, who walks the vineyards. 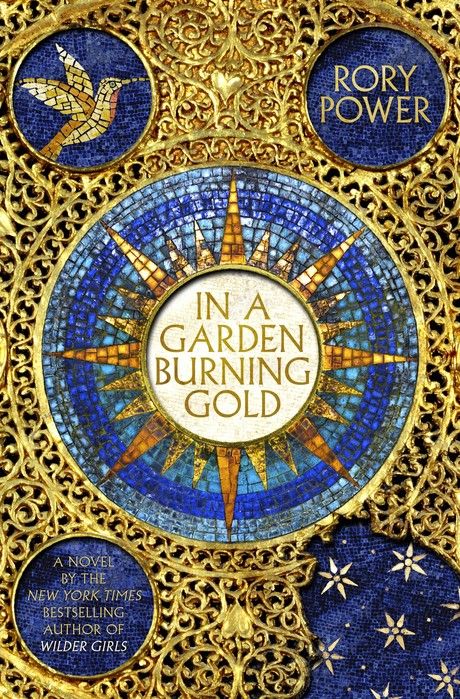 IN A GARDEN BURNING GOLD by Rory Power

Rhea and her twin brother Lexos have spent an eternity helping their father rule their small, unstable country. For a hundred years, they’ve been each other’s only ally, defending one another against their father’s increasingly unpredictable anger. Now, with an independence movement gaining ground and their father’s rule weakening, the twins must take matters into their own hands to keep their family – their entire world – from crashing down around them. 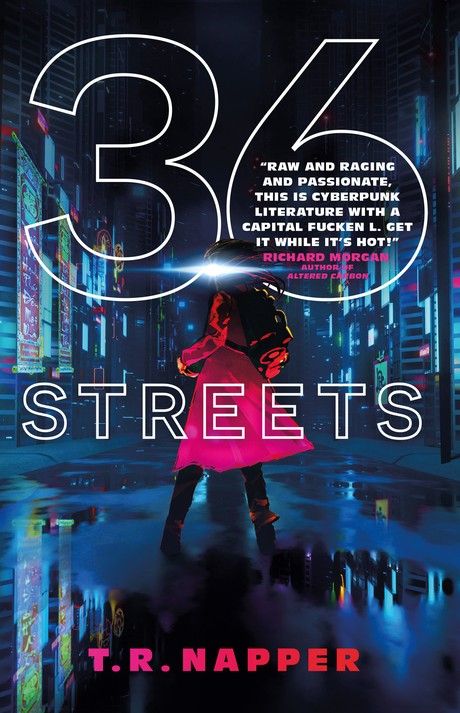 Lin ‘The Silent One’ Vu has carved a place for herself in the Hanoi underworld of Chinese-occupied Hanoi, living in the steaming, paranoid alleyways of the 36 Streets, under the tutelage of ex-military colonel Bao Nguyen. Meanwhile the people of Hanoi are succumbing to Fat Victory, an addictive immersive simulation of the US-Vietnam war. When one of the game’s developers comes to Hanoi on the trail of his friend’s murderer, Lin is drawn into the grand conspiracies of the neon gods. Lin must confront the immutable moral calculus of unjust wars. She must choose: family, country, or gang. Blood, truth, or redemption. 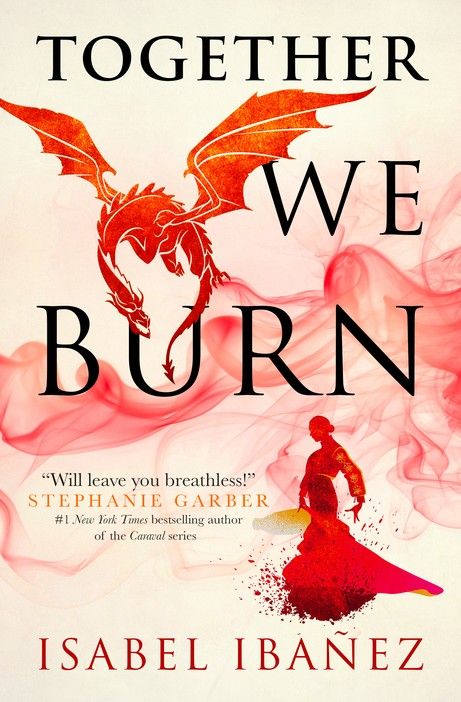 TOGETHER WE BURN by Isabel Ibanez

Eighteen-year-old Zarela Zalvidar is a talented flamenco dancer and daughter of the most famous Dragador in Hispalia. During their 500th anniversary show, a horrible accident occurs when the dragons escape causing death and destruction in the ring, and injuring Zarela's father. Now Zarela has to protect her ancestral home and inheritance—even if it means taking her father’s place as the Dragador of La Giralda. With someone out to ruin her family, Zarela must fight to survive. 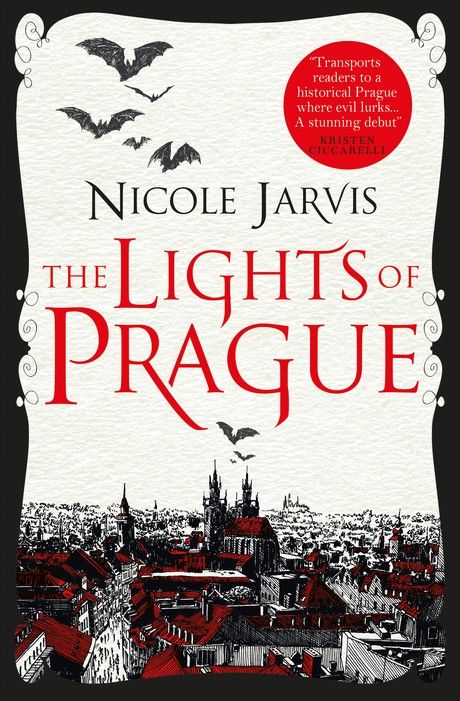 THE LIGHTS OF PRAGUE by Nicole Jarvis

Creatures from myth and legend haunt the streets of Prague. The only defence against these monstrous predators are the lamplighters – secret elite monster hunters. One such man, Domek Myska, discovers a conspiracy among the vampiric pijavica to twist alchemical science to their own ends. With the balance of peace under threat, Domek, with help of Lady Ora Fischerová, must uncover the truth before it’s too late. 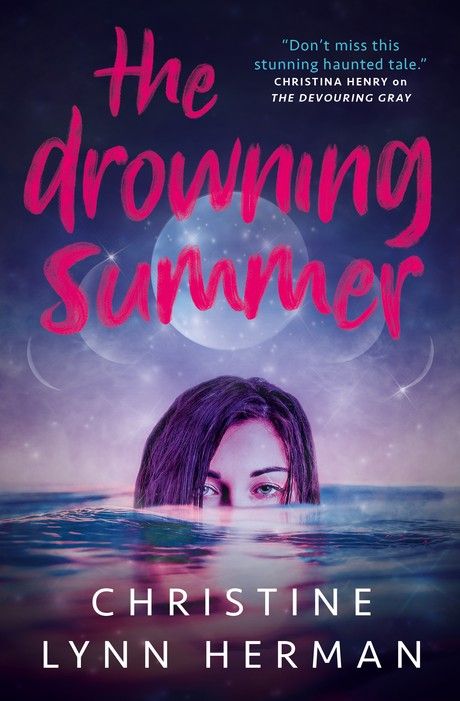 Mina Zanetti is a fledgling medium, desperate to share in her mother’s world and speak with the dead. But Sand Dollar Cove is still reeling from the unsolved murders of three teenagers six years ago, found with sand dollars on their eyes. And Evelyn Mackenzie has felt every day of it, as the town blames her father for the deaths. When Mina and Evelyn conduct a ritual to speak to the dead they unwittingly draw the furies of the spirit realm. Mina and Evelyn must learn to rebuild their trust, and unearth all the buried mysteries of Sand Dollar Cove to lay the ghosts of The Drowning Summer to rest. 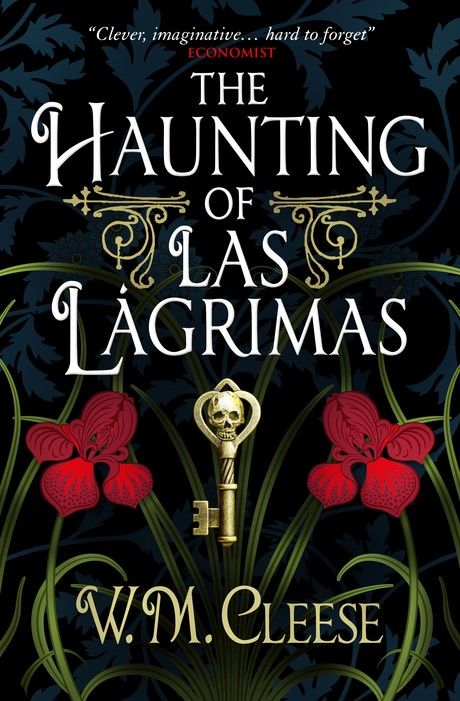 THE HAUNTING OF LAS LAGRIMAS by W.M. Cleese

Argentina, winter 1913. Ursula Kelp, a young English gardener, travels to Buenos Aires to take up the role of head gardener at a long-abandoned estate. Ursula is warned by the locals that the estate is haunted and soon she believes that her loneliness is making her imagine things – the sound of footsteps outside her bedroom door, the touch of hands on her shoulders when there’s no one there… 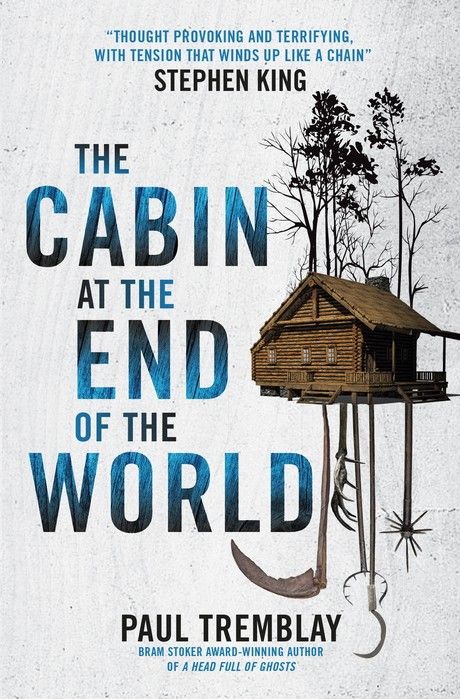 THE CABIN AT THE END OF THE WORLD by Paul Tremblay

A vacationing family is terrorized by four strangers who claim to be attempting to either avert or bring about the apocalypse. An intense novel of psychological horror and suspense that will keep readers guessing as to whether the struggle between the family and the strangers will not only result in lost lives but ultimately in the end of the world.