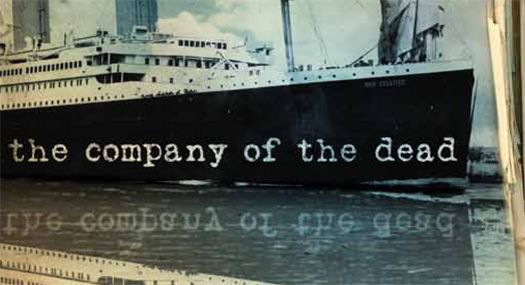 Released this March, The Company of the Dead is an alternate history adventure, where a man travels back in time to try and save the Titanic from sinking.

To introduce his thrilling new novel, author David Kowalski discusses some of the most iconic interpretations of the Titanic in fiction and explains why he decided to explore this subject in The Company of the Dead.

When I sat down to write the short story that evolved in to my novel, The Company of the Dead, I wanted to explore an event that had haunted me time and again over the years—  the maiden voyage of the Titanic.

Back in 1996, when I first put pen to paper, (literally— I had 100 pages of hand written notes before I finally purchased a laptop,) I was aware that someone was making a film about the Titanic. Everything I read or heard about the production of the film pointed towards disaster. There were arguments on set, costs were spiralling out of control, and critics were calling it ‘Waterworld 2’ in anticipation of the calamity. By the time the film was released, my manuscript was well and truly on its way, and all the plot points had been ironed out, but I had a new problem. What was the point of writing about an event that now saturated the media in every shape and form? Did the world truly need another story about that ill-fated night in April, 1912?

For obvious reasons, I’d like to think that the answer is yes. And I can support this with a number of facts, or at least well substantiated rumour, the province of writers. The Titanic, 100 years lost to us, may well be the third most written about topic of all time (a close second to the subjects of Jesus and the American Civil War).

Within a month of the sinking, Saved from the Titanic premiered. A silent film starring an actress who had actually sailed on the maiden voyage. Within the year, at least ten memorable accounts of the sinking, penned by various survivors, were in print. And interest has never waned.

Claimed to be the ship that God himself could not sink, she vanished beneath the Atlantic without a trace. Seized by any movement you’d care to name, she became a metaphor, as everyone sought to find some meaning in her horrifying demonstration of Hubris clobbered by Nemesis.

With the sinking firmly stamped, rightly or wrongly, as the end of the Edwardian era, historical and sociological works focused on its causes, its ramifications, and its multitude of meanings. I’ll leave you to search them out. Walter Lord’s A Night to Remember is a great start.

The fictional interpretations are the ones that grab my attention. The ‘what ifs?’ Whether they are dealing with attempts to raise the ruined hulk of the ship, as in Cussler’s Raise the Titanic, and Clarke’s Ghost of the Grand Banks. Or averting the disaster itself. The Time Tunnel, a television series that started in 1966, opened with its two heroes sent back in time to save the Titanic. In Jack Finney’s, From Time to Time, a similar scenario takes place. Any parent compelled by their child to play the mini feature on their Ice Age 2 DVD, will find Scrat, a loveable time-travelling rodent, making a brief appearance on the deck of the Titanic.

In the last few years, the Titanic legend has spawned a record-breaking film, a Tony-winning Broadway musical, and a host of new books in the wake of the discovery of the wreck. Robert Ballard, the leader of the expedition to the Titanic’s final resting place, was quoted as saying he’d made an ending to the unfinished maiden voyage.

Clearly this is not the case.

There is no end to that journey.

The day I was asked to write this piece, an article appeared in this very paper in the ‘Stay in touch’ section. The topic— an auction for the key to the Titanic’s locker. Its contents, the binoculars that might have averted the very sinking itself.

My novel, The Company of the Dead opens aboard the Titanic. Yet again an attempt will be made to save the ship. With the world on the brink of the greatest conflict it has ever known, who knows how events leading up to the outbreak of the First World War might have played out had any of the American millionaires survived the cold Atlantic waters to dabble in the politics of the day?

The cast and crew of my book seek a return to the ship with the same hopes that I believe we all secretly cherish; that perhaps the warnings will arrive on time, and the ship will make that opportune change in course and the iceberg will slip gently past her unsullied hull.

Sometimes, we seek in fiction what we desire in the world, the fulfillment of our desires. And sometimes we get them, but not aboard the Titanic. Cameron’s film ends with Rose returned to the spirits of her fellow passengers, and in Ghostbusters 2, a spectral vision of the ship unloads her eerie payload at a Manhattan dockyard. But this is not closure. And I don’t dare tell you how The Company of the Dead ends, but I will say this. The sinking of the Titanic begs for resolution— and who can resist the offer of sailing her in to safe waters? 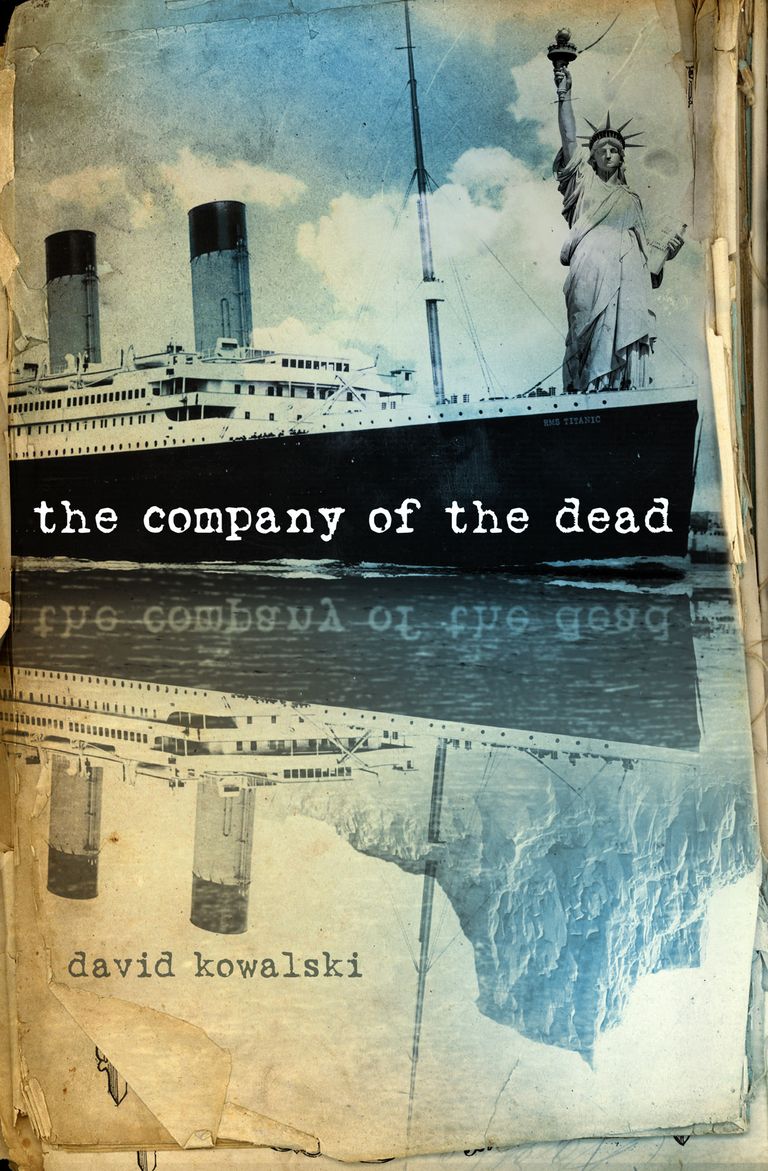 A mysterious man appears aboard the Titanic on its doomed voyage. His mission? To save the ship. The result? A world where the United States never entered World War I, thus launching the secret history of the 20th Century. In April 2012, Joseph Kennedy—nephew of John F. Kennedy—lives in an America occupied in the East by Greater Germany and on the West Coast by Imperial Japan. He is one of six people who can restore history to its rightful order—even though it would mean his death, and the deaths of everyone he loves.

A magnificent alternate history, set against the backdrop of one of the greatest maritime disasters of the 20th century.