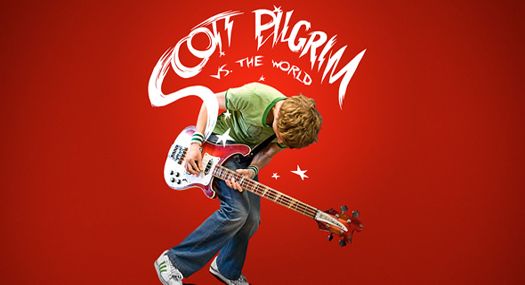 Thanks to the kind folks at Universal, the Titan Books Marketing Team had the opportunity to watch Scott Pilgrim Vs. The World last night and the feedback was unanimous: we all loved it! So we thought we'd share our opinions on the movie, starting with my own views:

I thought Scott Pilgrim was exhilarating, beautifully stylised and the very definition of action-packed, featuring some amazing fight sequences. The pacing was relentless, but never felt overwhelming and it wouldn't be surprising if the special effects and editing techniques receive award nominations.

As for the cast, they embody Bryan Lee O'Malley's characters to perfection, with Michael Cera shining in the lead, supported by some great performances from Kieran Culkin, Ellen Wong and Chris Evans to name but a few.

Marketing Exec Hannah Dennis agrees, saying 'The Scott Pilgrim movie was AWESOME! Film of the year by far' and Marketing Manager Chris McLane gave it a 9/10, with hopes that it does well at the box office.

So we highly recommend you check it out! Scott Pilgrim Vs. The World is released today in the US and on August 25th in the UK.