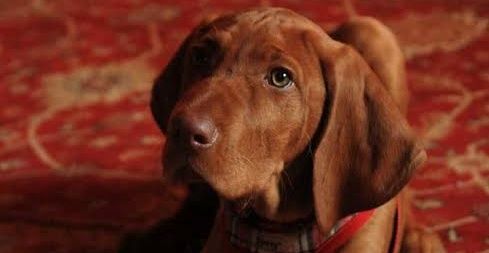 Welcome one and all to the first window in the annual Titan Christmas Calendar! And what a start it is, as a handful of our authors share their pet pictures (totally not just a ploy for the Titan publicity department to load up on cute).

So, in book publication date order, for 2015 we start with Tim Lebbon’s wonderful dog Blu, who also makes an appearance in Tim's latest book The Silence. 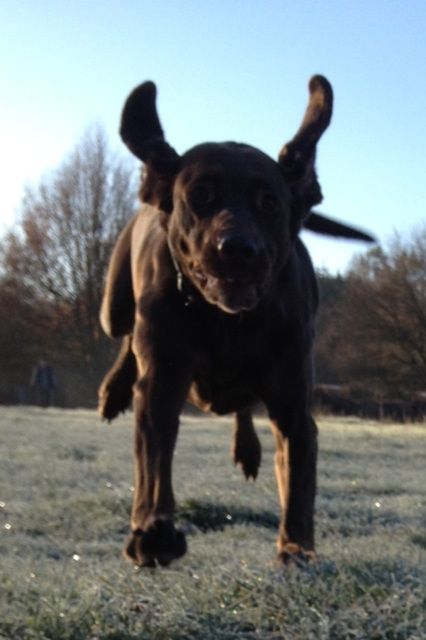 Across the pond A Curious Beginning author Deanna Raybourn’s Decon offers up some SERIOUS puppy eyes that caused a small meltdown in the Titan publicity department when the picture landed in our inbox. 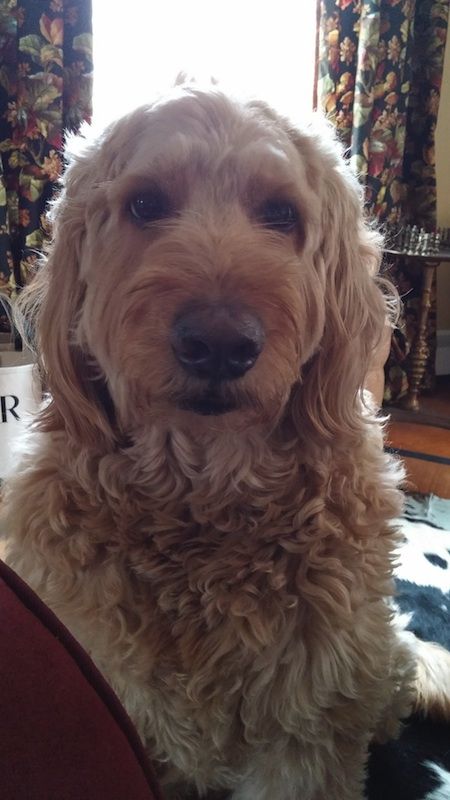 Staying in the US The Empress Game author Rhonda Mason’s Gertie and Grace demonstrate the prime place to be this Christmas as they luxuriate on the sofa.

We’re told that Honey has now forgiven owner and author of Sherlock Holmes: The Thinking Engine James Lovegrove for this Christmas jumper. Just. 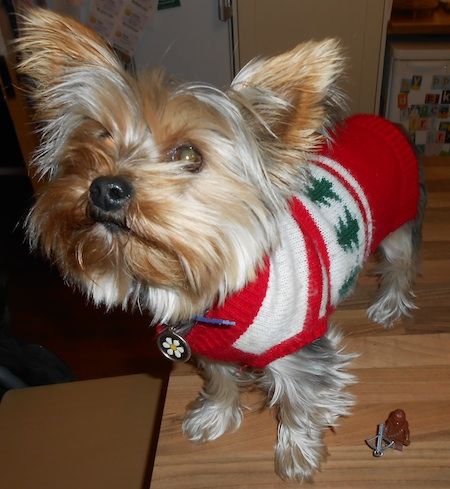 A special one from The Lazarus Gate author Mark Latham, with his wire-haired Vizsla Barnaby, who turns five months today. Happy Birthday Barnaby! 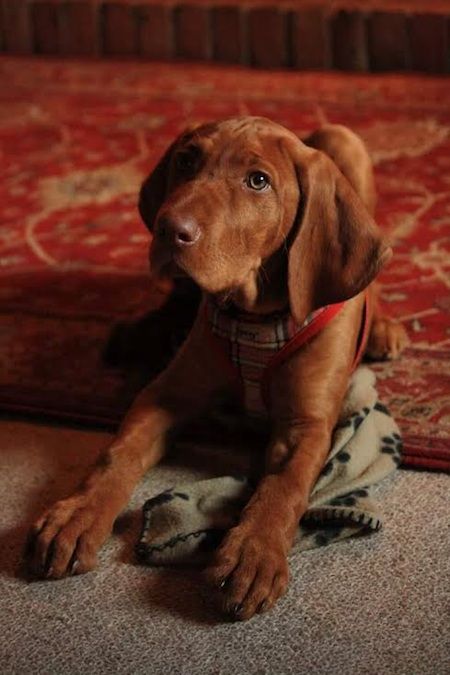 Now we have a whole menagerie from An Ancient Peace author Tanya Huff. First up we have Romeo who was rescued as a fully grown tom cat. He's a lover, not a fighter. 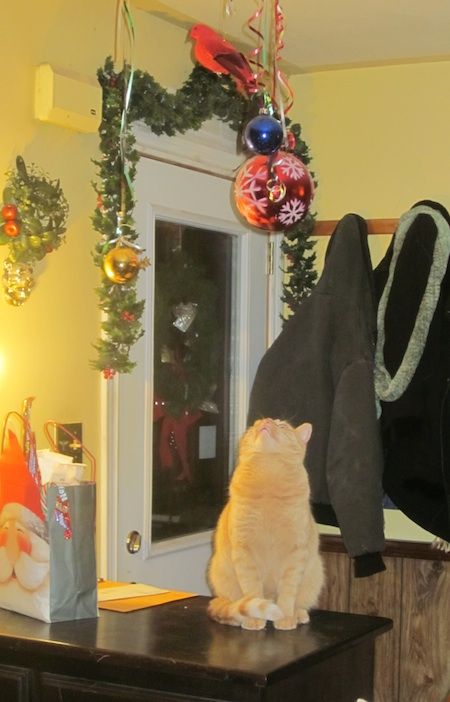 Right on his tail (no pun intended!) is a calico called Sophie. She's a little... fluffy. Yeah, we'll go with fluffy. Then we have Willow.  She’s a rescue too. 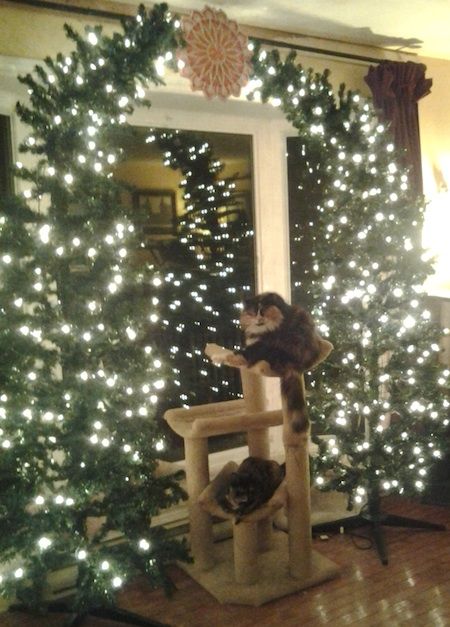 Next up we have Hava, who recently turned three. She's the naughtiest cat in the house... 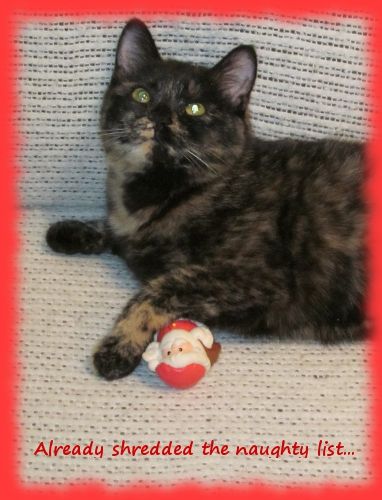 Last but by no means least we have Teddy and Liam (Liam has the blaze). They're Sheltie/Papillon crosses and were rescued from a hoarding situation. 1…2…3… aww. 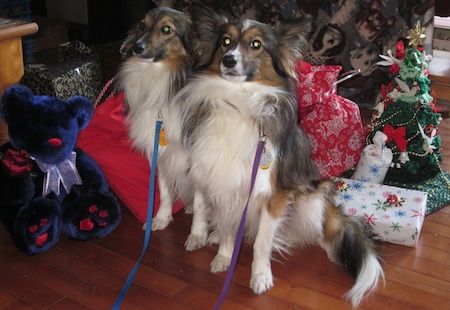 Next up, we have Dust and Desire author Conrad Williams’ gorgeous Maine Coon Reddie sitting resplendent next to her Christmas stocking. 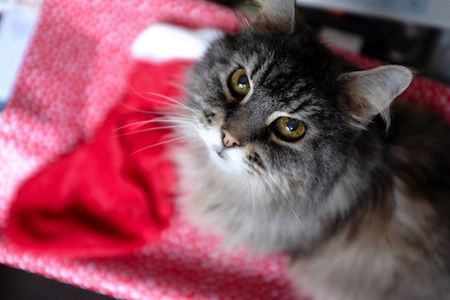 Next up from a fellow crime author Barbra Leslie, whose Sunday Times Crime Club pick Cracked came out last month, is Rex and his Christmas blanket. Rex would just like to casually mention to Santa that he’s after some new bones this Christmas. 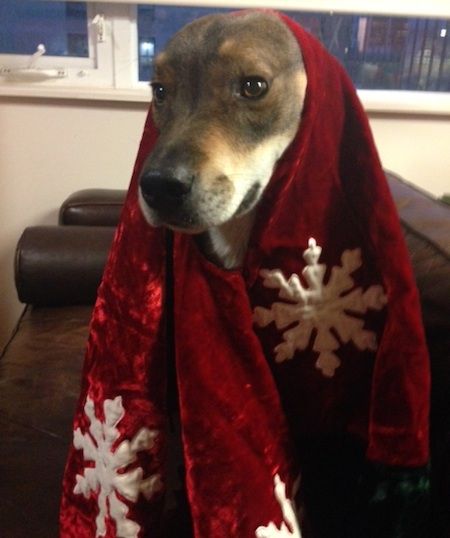 Kicking off our 2016 authors is the fantastic Charlie Jane Anders’ Boyo who is surely getting extra catnip from Santa this Christmas for rocking a great t-shirt for Charlie’s debut novel All the Birds in the Sky, which is out at the end of January. 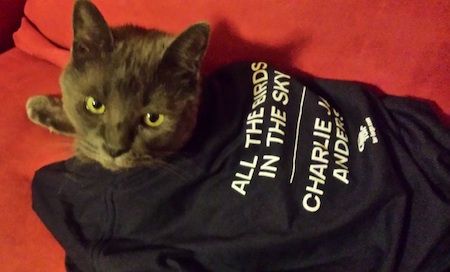 Following up on an appropriately cold note, we have a wintery scene from Nordic-Noir author of March’s The Blood Strand Chris Ould, with a sheep from his flock. 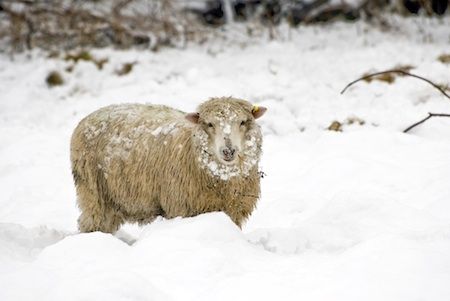 Next up, The Vinyl Detectives: Dead Wax’s Andrew Cartmel – shown here with Molly. Although we can only speculate, we have a feeling that Molly may have contributed to the two wonderfully comic cat creations who appear in this new crime series – grab your copy of the first book in May next year and let us know what you think. 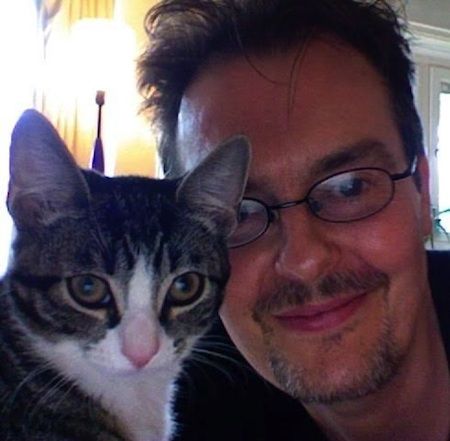 And finally, the lovely Nina Allan, author of July’s The Race, with Barney the Siamese and Djanga the Maine Coon. 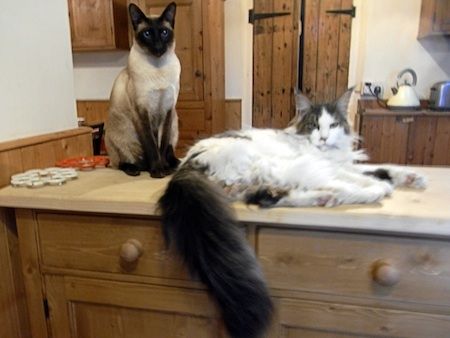 Like pets and books? Keep an eye on the #TitanXmas hashtag, as later in the month Titan Books staff will be sharing their pet photos too…