Struggling to find presents for your nearest & dearest this year? We’re here to help with some book suggestions tailored to match their interests!

For the nerdy cook… 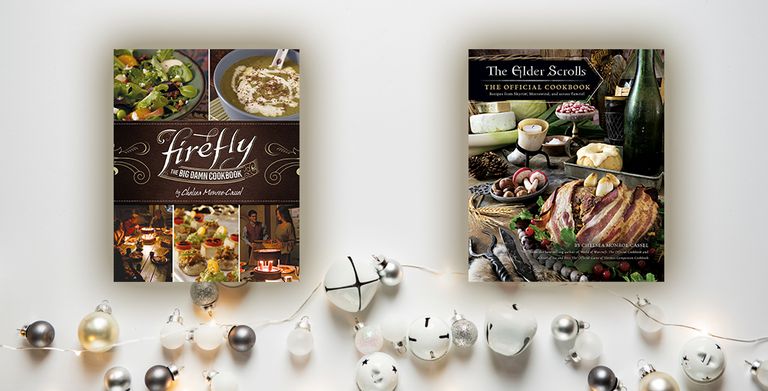 Treat your friends, family, and crew with Firefly: The Big Damn Cookbook. Featuring over 70 recipes inspired by Joss Whedon's cult TV show and illustrated with gorgeous full-color photography, you’ll never have to settle for protein blocks again. From Simon’s protein birthday cake to River’s problematic ice planet, this collection of recipes will keep you and your fellow Browncoats well fed even on your longest smuggling runs.

The Elder Scrolls: The Official Cookbook

Feast on all of the delicious offerings found in the world of Skyrim in this beautifully crafted cookbook based on the award-winning game The Elder Scrolls V: Skyrim Immerse yourself in the diverse cuisine of Skyrim with these recipes inspired by food found in the Old Kingdom and across Tamriel. With over seventy delicious recipes for fan-favorite recipes including Apple Cabbage Stew Sunlight Souffle, Sweetrolls, and more, The Elder Scrolls V: Skyrim: The Official Cookbook will delight every hungry Dragonborn.

For the music junkie… 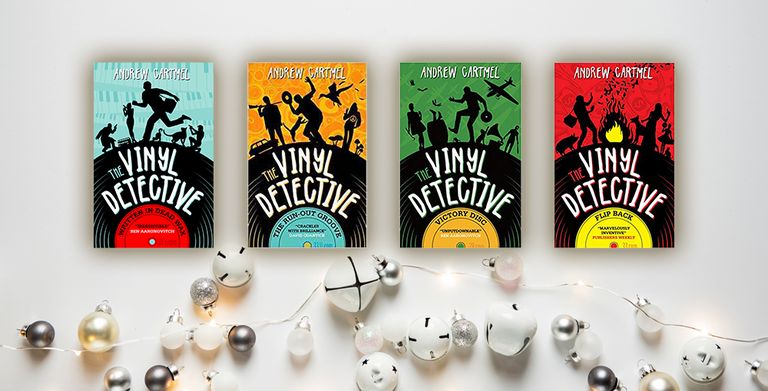 The Vinyl Detective series follows a record collector — a connoisseur of vinyl, hunting out rare and elusive LPs. His business card describes him as the “Vinyl Detective” and some people take this more literally than others. Thus ensue forays across the musical genres in search of some of the rarest records – but of course, things never go smoothly for this particular detective.

For the amateur sleuth… 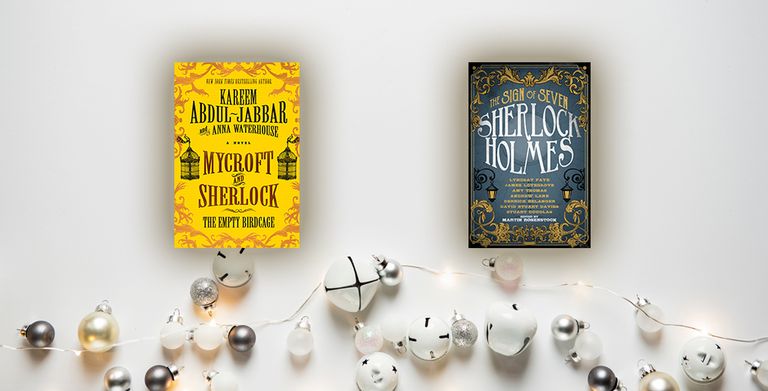 Mycroft and Sherlock: The Empty Birdcage

It is 1873, and as the economies of Europe threaten to crumble, Mycroft Holmes finds himself in service to the Crown once again. A distant relative of Queen Victoria has been slain by the Fire Four Eleven killer, a serial murderer who leaves no mark upon his victims, only a mysterious calling card. Meanwhile, Sherlock has already taken it upon himself to solve the case, as his interest in the criminal mind grows into an obsession.

Mycroft begrudgingly allows Sherlock to investigate, as Ai Lin—the woman he is still in love with—needs his aid. Her fiancé has been kidnapped, and the only man who might know his fate is a ruthless arms dealer with a reputation for killing those who cross him. Mycroft persuades his friend Cyrus Douglas to help find the young man, but Douglas himself is put in harm’s way.

As Sherlock travels the country on the hunt for the Fire Four Eleven murderer, both he and Mycroft will discover that the greed of others is at the root of the evil they are trying to unearth…

For the film buff… 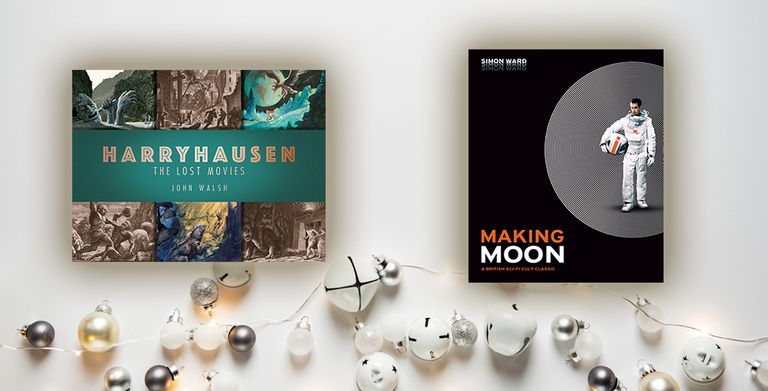 Directed by Duncan Jones, and written by Nathan Parker from a story by Jones, Moon is a 2009 science fiction drama following Sam Bell, a man who experiences a personal crisis as he nears the end of a three-year solitary stint mining helium-3 on the moon. Independently financed and produced on a modest budget, Moon became an instant cult classic. It was well received by critics and audiences alike, and was particularly praised for its scientific plausibility and realism. Making Moon will take an in-depth look back at the film’s production: It features interviews with the film’s key creatives and includes rare concept and behind-the-scenes images, as well as excerpts from the original shooting script.

Known for his iconic stop-motion creatures, Ray Harryhausen was at the forefront of Hollywood special effects for much of the 20th century. His films include One Million Years B.C., Clash of the Titans and Jason and the Argonauts, among others. But for every film that reaches the big screen, half a dozen projects are never realised.

Harryhausen: The Lost Movies explores Harryhausen’s unrealised films, including unused ideas, projects he turned down and scenes that ended up on the cutting room floor. This book includes never-been-seen-before artwork, sketches, photos and test footage from the Harryhausen Foundation archives.

For the one wishing it was still Halloween…

Growing Things and Other Stories

A thrilling new collection from the award-winning author of A Head Full of Ghosts and The Cabin at the End of the World bringing his short stories to the UK for the first time. Unearth nineteen tales of suspense and literary horror, including a new story from the world of A Head Full of Ghosts, that offer a terrifying glimpse into Tremblay’s fantastically fertile imagination.

See a school class haunted by a life-changing video, the forces at work on four men fleeing the pawn shop they robbed at gunpoint, the meth addict kidnapping her daughter as the town is terrorized by a giant monster, or the woman facing all the ghosts who scare her most in a Choose Your Own Adventure.

A classic Halloween villain – the deranged outcast at the end of the block who decides to act on his violent revenge fantasies by handing out candy filled with poison, broken glass, and razor blades – comes to horrifying life in the pages of BLOOD SUGAR. As the clock ticks closer to sundown a trio of alienated kids, cruelly befriended by the villain, set in motion his plan to poison, maim or kill every other child in the neighborhood.

For the Alice in Wonderland fan… 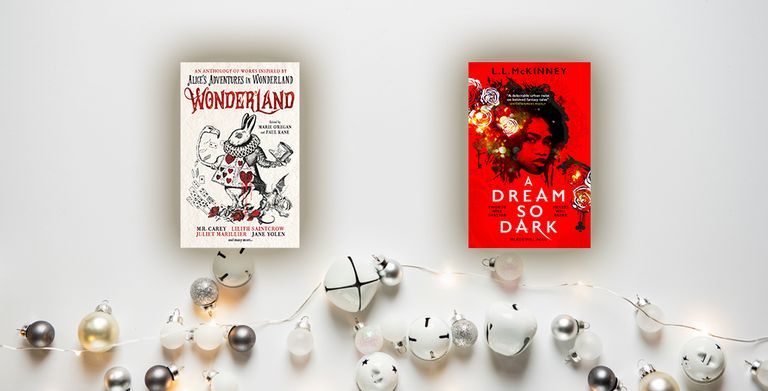 Join Alice as she is thrown into the whirlwind of Wonderland, in an anthology that bends the traditional notions of Lewis Carroll's classic novel, featuring ghosts, medieval quests, demons and cyborgs. Contributors include the bestselling M.R. Carey, Genevieve Cogman, Catriona Ward, Rio Youers and L.L. McKinney.

A Dream So Dark

Still reeling from her recent battle (and grounded until she graduates high school), Alice must cross the Veil to rescue her friends and stop the Black Knight once and for all. But the deeper she ventures into Wonderland, the more topsy-turvy everything becomes. It’s not until she’s at her wits’ end that she realizes—Wonderland is trying to save her.

There’s a new player on the board; a poet capable of using Nightmares to not only influence the living but raise the dead. This Poet is looking to claim the Black Queen’s power—and Alice’s budding abilities—as their own.

Dreams have never been so dark in Wonderland, and if there is any hope of defeating this mystery poet’s magic, Alice must confront the worst in herself, in the people she loves, and in the very nature of fear itself.