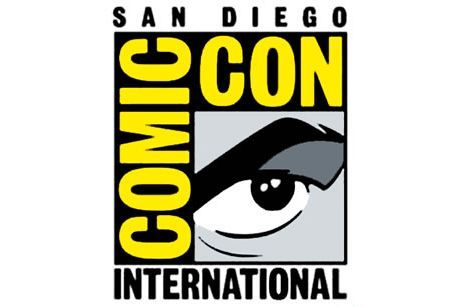 TITAN Books is on a roll!...recently hitting the best-seller charts with Man of Steel The Official Novelization, The Simon & Kirby Library: Science Fiction; Dead Space: Liberation and Stephen King’s Joyland (topping the NYT list for the past three consecutive weeks).   TITAN is promising even more to come...including close co-operation with the creators of Assassin’s Creed; Warner Bros. and Zack Snyder for a major art book tie-in for the release of 300: Rise of an Empire; and two major Star Trek companions books.  TITAN continues to build its reputation as the pop-culture and entertainment powerhouse!

Now that the final countdown has begun for SAN DIEGO COMIC-CON 2013, here's TITAN's exciting line-up of events and exclusive offerings:

Earlier this year, LENORE creator Roman Dirge was almost killed in a Sunset Boulevard hit-and-run that left him lying in hospital with a shattered leg.  After months of painful physical therapy, Roman is back – better, stronger, but not necessarily faster – and here to discuss his long road to recovery, his return to the drawing board with LENORE #8, and his fifth Titan LENORE collection:


Purple Nurples  releases in August but will be available as an exclusive advance debut at Comic Con!


TARZAN, CARSON OF VENUS AND THE NEXT 100 YEARS OF ADVENTURE

Scott Tracy Griffin, author of Titan Books’ Tarzan The Centennial Celebration, joins Edgar Rice Burroughs president Jim Sullos, Martin Powell (Carson of Venus), Steven E. Gordon (The Eternal Savage), and Diana Leto (The Cave Girl) for a discussion on the future of the Burroughs universe online, on the page, and in theaters.  Panel attendees can enter a drawing to win signed original art at the panel’s conclusion.


Signing - Felicia Day will sign copies of The Guild: The Official Companion

Artist Juan Ortiz has created 80 movie-style posters, one for each and every episode (including the first pilot) of Star Trek: The Original Series.  The images feature retro-style art that recalls 1960s-era posters, pulp novel covers, comic books and advertisements.


Star Trek: The Art of Juan Ortiz  releases in September but will be available as an exclusive advance debut at Comic Con!


Check out startrek.com for details on how to win a signed print!

Stop by and enter a drawing to win a Brand New iPad!