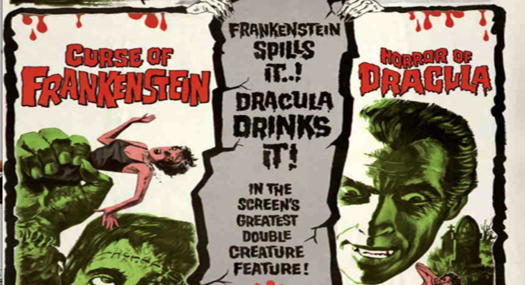 To celebrate the upcoming release of The Art of Hammer, we've selected ten of the best Hammer poster taglines:

The terrifying lover, who died – yet lived!
Dracula, 1958

Frankenstein spills it, Dracula drinks it!
The Curse of Frankenstein/Dracula double bill

Their oath was – TERROR! Their cry – BLOOD! Their goal – DEATH!
Captain Clegg (aka Night Creatures), 1962

Doomed to walk the Earth as slaves to the Lord of the Living Dead!
The Plague of the Zombies, 1966.

Beware the beat of the cloth-wrapped feet!
The Mummy’s Shroud, 1967

A severed hand beckons from an open grave!
Blood from the Mummy’s Tomb, 1971

The Time: Now
The Place: Kings Road, Chelsea
The Killer: Count Dracula
The Count is back, with an eye for London’s hotpants – and a taste for everything.
Dracula A.D. 1972 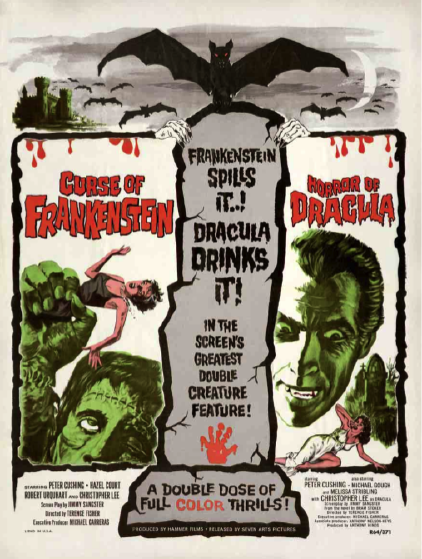