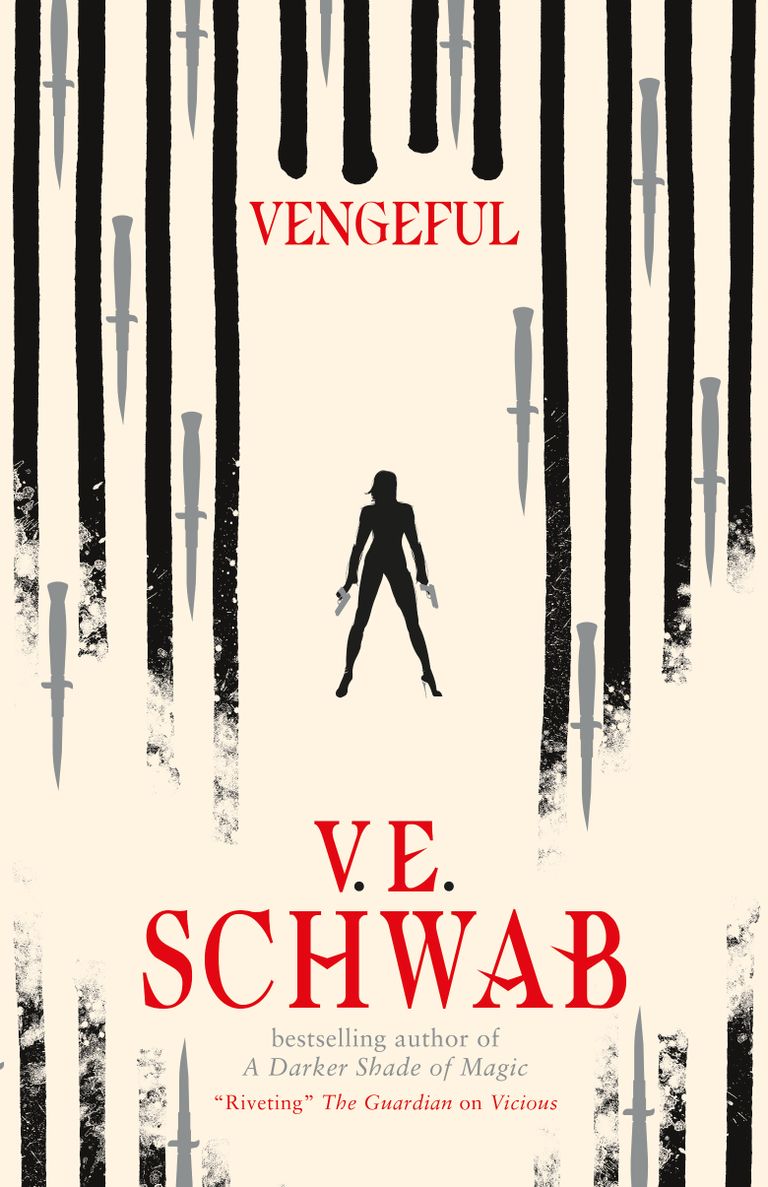 The long awaited follow up to V.E. Schwabs Vicious has arrived!

A super-powered collision of extraordinary minds and vengeful intentions—V. E. Schwab returns with the thrilling follow-up to Vicious.

Magneto and Professor X. Superman and Lex Luthor. Victor Vale and Eli Ever. Sydney and Serena Clarke. Great partnerships, now soured on the vine.But Marcella Riggins needs no one. Flush from her brush with death, she’s finally gained the control she’s always sought—and will use her newfound power to bring the city of Merit to its knees. She’ll do whatever it takes, collecting her own sidekicks, and leveraging the two most infamous EOs, Victor Vale and Eli Ever, against each other once more.

With Marcella’s rise, new enmities create opportunity—and the stage of Merit City will once again be set for a final, terrible reckoning. 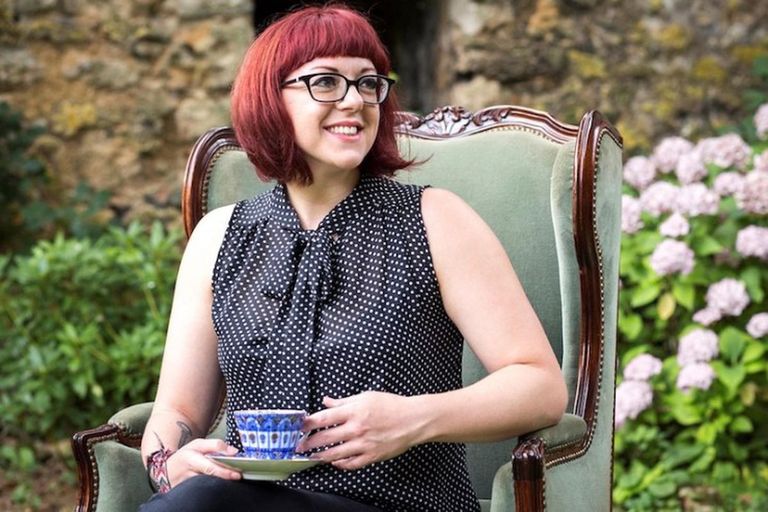 V.E. Schwab is the No.1 New York Times bestselling author of ten books, including This Savage Song and the Darker Shade of Magic series, whose first book was described as “a classic work of fantasy” by Deborah Harkness. It was one of Waterstones’ Best Fantasy Books of 2015 and one of The Guardian’s Best Science Fiction novels. The Independent has called her “The natural successor to Diana Wynne Jones.”

VICTOR had opened his eyes to cold air, grave dirt, and Sydney’s blond hair, haloed by the moon.

His first death was violent, his world reduced to a cold metal table, his life a current and a dial turning up and up, electricity burning through every nerve until he finally cracked, shattered, crashed down into heavy, liquid nothing. The dying had taken ages, but death itself was fleeting, the length of a single held breath, all the air and energy forced from his lungs the moment before he surged up again through dark water, every part of him screaming.

Victor’s second death was stranger. There had been no electric surge, no excruciating pain—he’d thrown that switch long before the end. Only the widening pool of blood beneath Victor’s knees, and the pressure between his ribs as Eli slid the knife in, and the world giving way to darkness as he lost his hold, slipped into a death so gentle it felt like sleep.

Followed by—nothing. Time drawn out into a single, unbroken second. A chord of perfect silence. Infinite. And then, interrupted. The way a pebble interrupts a pond.

And there he was. Breathing. Living.

Victor sat up, and Sydney flung her small arms around him, and they sat there for a long moment, a reanimated corpse and a girl kneeling on a coffin.

“Did it work?” she whispered, and he knew she wasn’t talking about the resurrection itself. Sydney had never revived an EO without consequences. They came back, but they came back wrong, their powers skewed, fractured. Victor felt gingerly along the lines of his power, searching for frayed threads, interruptions in the current, but felt— unchanged. Unbroken. Whole.

It was a rather overwhelming sensation.

”Mitch appeared at the side of the grave, his shaved head glistening with sweat, his tattooed forearms filthy from the dig. “Hey.” He drove a spade into the grass and helped Sydney and then Victor up out of the hole.

Dol greeted him by leaning heavily against his side, the dog’s massive black head nestling under his palm in silent welcome.

The last member of their party slumped against a tombstone. Dominic had the shaken look of an addict, pupils dilated from whatever he’d taken to numb his chronic pain. Victor could feel the man’s nerves, frayed and sparking like a shorted line.

They’d made a deal—the ex-soldier’s assistance in exchange for taking away his suffering. In Victor’s absence, Dominic clearly hadn’t been able to keep his end of the bargain. Now Victor reached out and switched the man’s pain off like a light. Instantly, the man sagged backward, tension sliding like sweat from his face.

Victor retrieved the shovel and held it out to the soldier. “Get up.”

Dominic complied, rolling his neck and rising to his feet, and together the four of them began filling Victor’s grave.

– WHAT CRTICIS ARE SAYING ABOUT V.E. SCHWAB –

“Readers won’t be able to put down this dark and riveting tale of power and revenge.”―Kirkus Reviews, starred

”As epic and gripping as any classic comic…will resonate with superhero fans as well as readers who have never heard of Charles Xavier or Victor von Doom.”

”The writing and storycraft is Schwab’s own superpower as this tale leaps of the page in all its dark, four-color comic-book glory.”

“Schwab’s artful chronology-bending plotting rivals that of any Iain Banks novel, and her writing is a sly, cynical treat.”

“A fun, morally-flexible revenge tale that pits two mad scientists against each other.”

“V.E. Schwab demonstrates real literary super powers with Vicious –a dynamic and original twist on what it means to be a hero and a villain. A killer from page one. Highly recommended!”

“Vicious is dark and intricate and daring, twisting back and forth through time and morality and life and death until you can’t turn the pages fast enough. I loved it.”

―Dan Wells, New York Times bestselling author of I Am Not a Serial Killer