#WaitingOnWednesday is a chance for us to share forthcoming books that we're getting excited about. This week, we're very pleased to show off the cover of Futuristic Violence and Fancy Suits, out in the UK on 6 October and available for pre-order now!

Futuristic Violence and Fancy Suits is the brand-new book by New York Times bestselling author David Wong, AKA Jason Pargin, editor of Cracked.com. His previous books include John Dies at the End, a cult classic which is now a major motion picture, and its sequel, This Book is Full of Spiders (Seriously Dude, Don't Touch It).

Get ready for a world in which anyone can have the powers of a god or the fame of a pop star, in which human achievement soars to new heights while its depravity plunges to the blackest depths. A world in which at least one cat smells like a seafood shop’s dumpster on a hot summer day.

Will Zoey figure it all out in time? Or maybe the better question is, will you? After all, the future is coming sooner than you think. 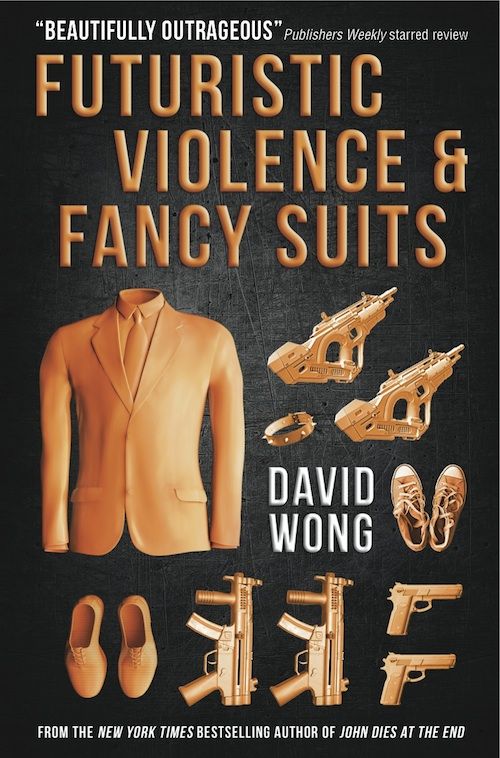