As you may know, the Titan offices are located in London, the same city shared by the greatest detective of all time – Sherlock Holmes. We simply couldn’t resist sneaking round to his residence and taking a peek at what’s under his tree this year! Imagine our surprise when we found this collection of books by James Lovegrove, about the detective himself! 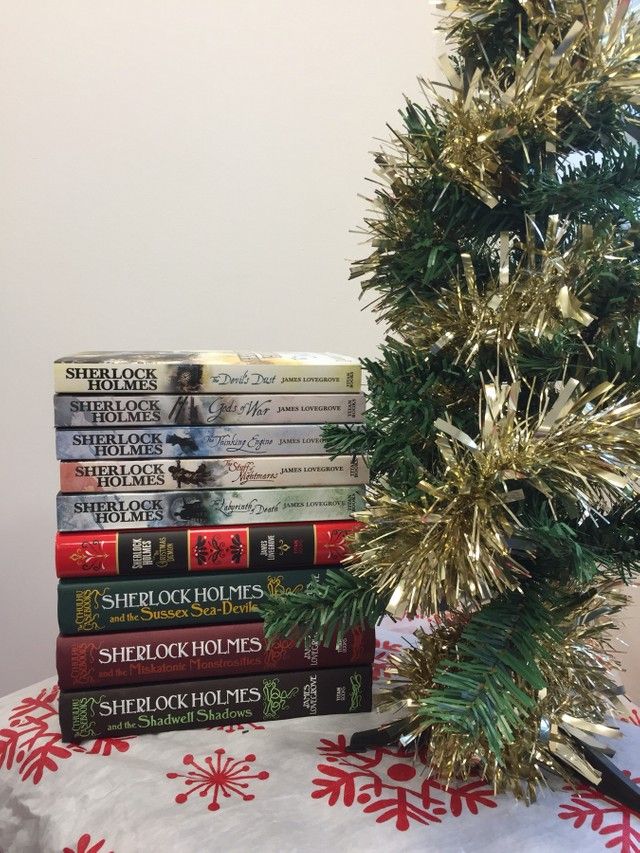 Intrigued? Well we’ve got a present for you! Below is an extract from James’ latest Sherlock novel, Sherlock Holmes and the Christmas Demon, which is just as full of festive cheer as the title suggests! 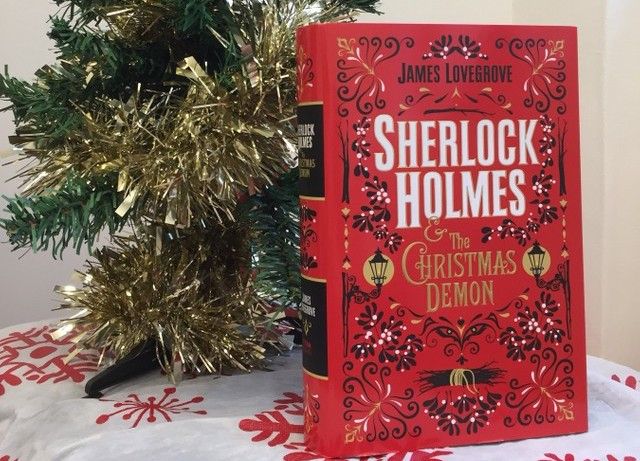 These words were delivered by Sherlock Holmes in his most stentorian and authoritative tone of voice.

The object of his command, however, did not heed it. On the contrary, the festively clad fugitive lowered his head and increased his speed.

The ground floor of Burgh and Harmondswyke, the noted Oxford Street department store, was crowded with shoppers, for it was December 19th and all of London, it seemed, was out buying gifts and other seasonal essentials. There were shouts of consternation and the occasional shriek of alarm as the man dressed as Father Christmas, complete with ivy-green robe and mistletoe crown, hurtled through the milling throng. Those who did not get out of his way of their own volition, he barged aside with a ruthless thrust of the forearm. Several men and women, and even a child, found themselves on the receiving end of such rough treatment.

Holmes was hard on his heels and would have overtaken him halfway across the haberdashery department, had a shop clerk not intervened. The young fellow, dressed in an apron with the characters “B & H” emblazoned on the pocket, misread the situation and identified Holmes as the villain of the piece. Boldly he stepped into my friend’s path and made strenuous efforts to waylay him. With as much delicacy as the situation permitted, Holmes disentangled himself from the clerk’s clutches and continued after his quarry.

The delay cost him precious seconds, however, and now Father Christmas was nearing one of the sets of doors that afforded access to the street. Naught lay between him and freedom, save for one thing: me.

I had been guarding the door for the past half an hour. Inspector Lestrade and a number of police constables, all in plain clothes, were likewise stationed at the other points of egress around the building. As luck would have it, the onus of intercepting our felon now rested upon me.

It was not a task I relished, since the man was nothing short of a giant: six feet seven tall if he was an inch, and broad as a barrel around the chest. He weighed, I would estimate, in the region of seventeen stone and, to judge by his speed, was possessed of considerable strength and vitality, not to mention a determination to evade capture that bordered on desperation.

I braced myself as he approached, feeling the way a matador must when confronted with a charging bull. Father Christmas’s cheeks, above his bushy white beard, were crimson with exertion. His eyes, beneath the mistletoe crown, glared like a madman’s. His nostrils flared.

I had faced men of similar stature on the rugby pitch, and duly adopted a half-crouch, as one might when preparing to tackle an oncoming flanker.

Father Christmas, on seeing me, did not falter. If anything, he accelerated.

“Watson!” Holmes called out from behind him. “He is yours! Deal with him, would you? There’s a good fellow.”