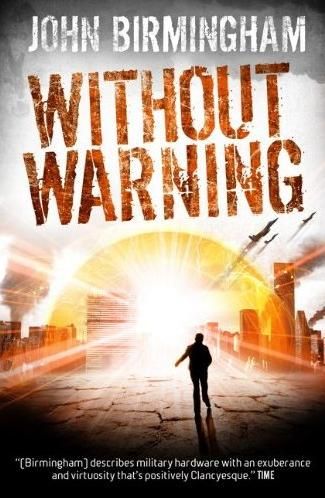 "Potential to be an apocalyptic classic". - The Eloquent Page

"The balance between suspense and post-apocalypse styles is genius while the writing itself is quite exceptional." - SFBook Reviews

"This one is a recommended read for fans of thrillers, alt-history and even sci-fi." - Geek Native

John Birmingham's critically acclaimed Without Warning trilogy is out now in paperback. Fans of Tom Clancy and Michael Crichton should pick up Without Warning, After America and Angels of Vengeance today.

In Kuwait, American forces are locked and loaded for the invasion of Iraq. In Paris, a covert agent is close to cracking a terrorist cell. And just north of the equator, a sailboat manned by a drug runner and a pirate is witness to the unspeakable. In one instant, all around the world, everything will change. A wave of inexplicable energy slams into the continental United States. America as we know it vanishes. From a Texas lawyer who happens to be in the right place at the right time to an engineer in Seattle who becomes his city’s only hope, from a combat journalist trapped in the Middle East to a drug runner off the Mexican coast, Without Warning tells a fast, furious story of survival, violence, and a new, soul-shattering reality.