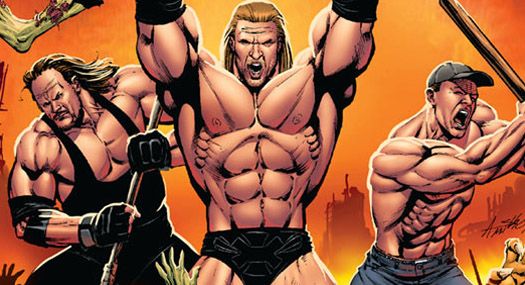 We speak to WWE Comics editor Ned Hartley about WWE Heroes: Rise of the Firstborn. 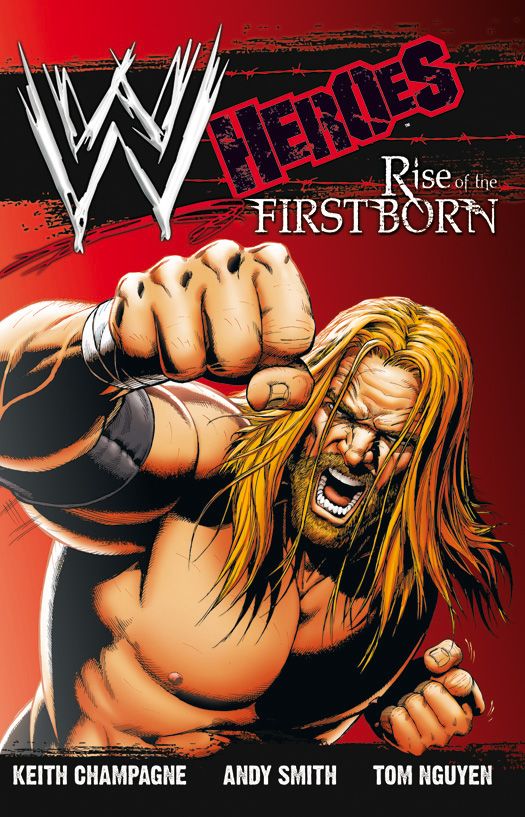 For someone who has never watched WWE before, how would you introduce them to Rise of the First Born?

WWE Heroes contains the most wild and action-packed storylines that we could print! We tried to include stories that are fun and can be enjoyed by anyone – if you know who the all superstars of the WWE are then you can enjoy it on another level as well, but we wanted to just tell the best stories that we could!

Feuds and allegiances change all the time in the real WWE, so how do you factor these into Heroes?

One of the things that we have tried to do is show how the WWE superstars would react to certain fantastical situations, so even if you have a feud in the ring, you wouldn’t necessarily carry it over if mystical forces attacked Wrestlemania. Then again, if you really hated someone...

WWE Heroes features many fantastical elements that would be impossible to replicate on TV. Have you set yourself any limitations as to how far away from ‘real life’ the series will go?

If we go too far from the WWE Universe then I think it will be obvious and fans won’t respond to that as well. I think the trick is to make sure that the superstars of the WWE are portrayed accurately and fairly, that’s where the grounding in reality should come it.

Jimmy Snuka shows up in the prequel issue of WWE Heroes. Can fans expect to see any other old school wrestlers make an appearance?

Oh yeah! Rowdy Roddy Piper is in Graphic Novel and we’ve got many, many more to come. I can’t give any more away though!

How long have you been a fan of wrestling?

Years and years! I remember watching the Undertaker on TV at Wrestlemania VII in 1990! So I must have been around 11 at the time. I had all the toys and everything!

Who is your favorite wrestler of all time?

I saw the Undertaker fight last year and that was pretty special, but I’m going to have to say Triple H! The guy is a legend!

What made you decide to focus on The Undertaker in the new Heroes series Timequake?

He works so well as a comic book hero! The Undertaker is just so damn iconic! Just about everything that he says works so well on the comic page. The first issue is already done and it looks amazing, I think fans are really going to get a kick out of it!

Any hints as to what’s next for WWE Heroes after Timequake?

It’ll mainly involve Triple H doing Tax returns... Nah, just joking! We’ve got all manner of craziness! If you thought Rise of the Firstborn was wild, you ain’t seen nothing yet!

****
WWE Heroes: Rise of the Firstborn
WWE Heroes is a collection of comic strips featuring Wrestling’s biggest superstars, including Triple H, Batista, John Cena, The Undertaker, the WWE Divas and many, many more. These never-before-collected stories star the WWE’s larger-than-life characters as they take on all-comers, inside and outside of the squared-circle, in a specially created universe of their very own.

Since the dawn of time the powers of good and evil have been locked in unending battle and the firstborn children of light and darkness have been reincarnated time and again. In each new generation these children are amongst the mightiest warriors of the age, one destined to protect and the other destined to destroy. Now, in the present day, where else would these champions be found than within the ranks of the WWE? Battle lines will be drawn as the best (and worst) in sports entertainment fight for the biggest prize of all… the future of the human race!